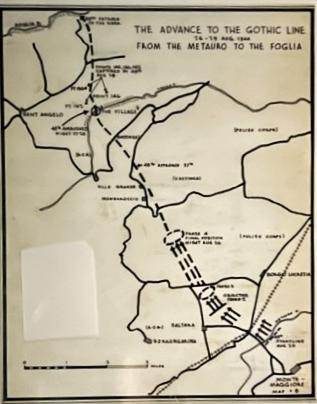 A 7.5 inch by 9.5 inch of Map #8 hand drawn by Brigadier Eric Haldenby for the Second War regimental history Dileas by Kim Beattie. In the Second World War, Canadians began fighting in Italy in July 1943. By the summer of 1944, the Allies had pushed German forces to one of their last defensive positions […]

Map of Liberation of Apeldoorn – from Apeldoorn Museum 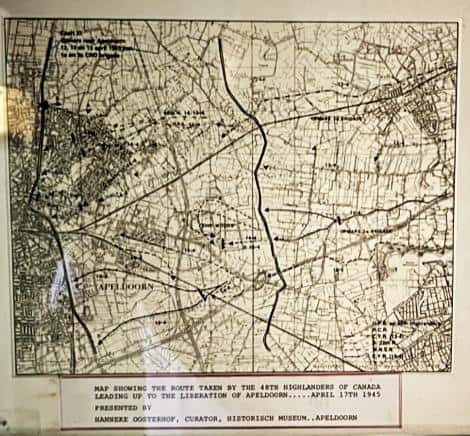 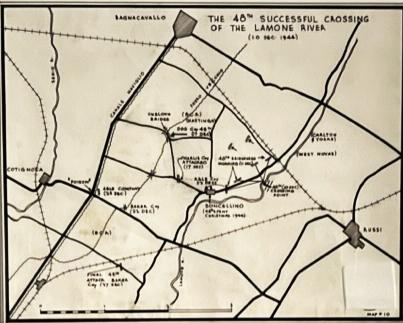 A 7 inch by 9.25 inch map #10 hand drawn by Brigadier Eric Haldenby for Dileas by Kim Beattie, the History of the 1st Battalion, 48th Highlanders during the Second World War. The Canadians had been in Italy for a year when they liberated Ravenna. It was December 4th, 1944. The Fifth Division is still […] 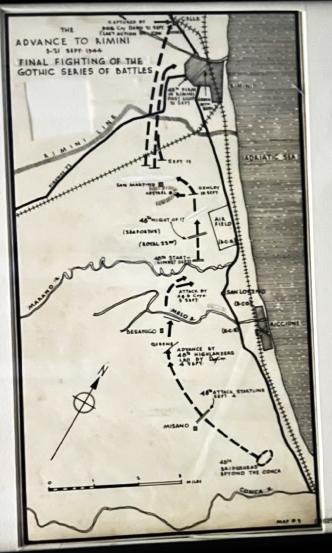 A 6.5 inch by 11.5 inch map #9 hand drawn by Brigadier Eric Haldenby for the Second War History of the 48th Highlanders, 1st Battalion – Dileas by Kim Beattie. In the last week of August 1944, the entire Canadian Corps began its attack on the Gothic Line with the objective of capturing Rimini. On […] 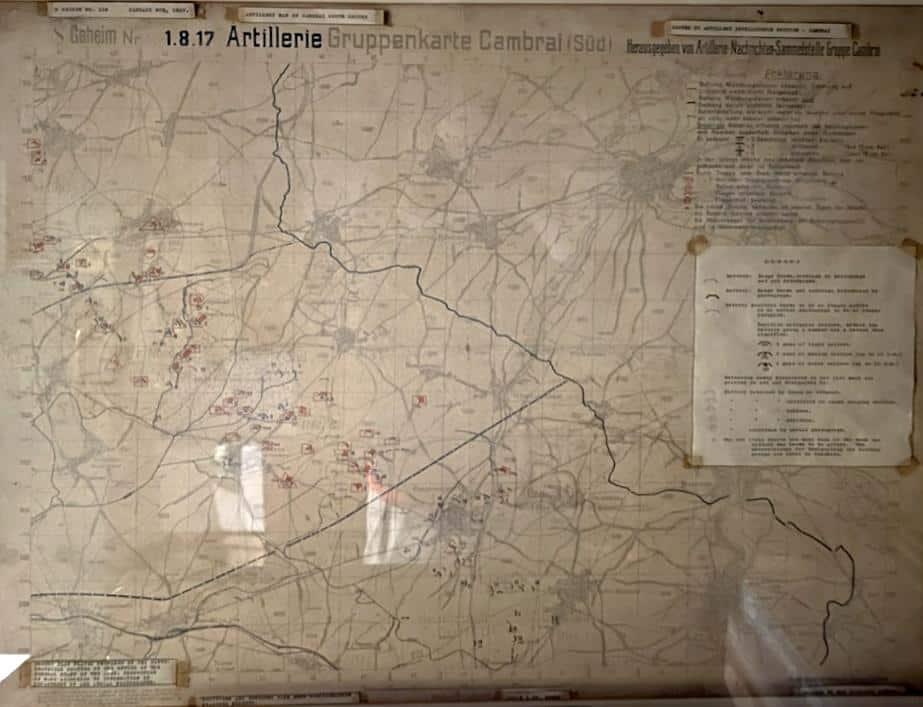 A 34 inch by 30 inch framed in stained wood German map of the Cambrai area used by the German artillery. The map shows the positions of the Allied troops in the Cambrai area. The Battle of Cambrai was a British offensive (November–December 1917) on the Western Front during World War I that marked the […] 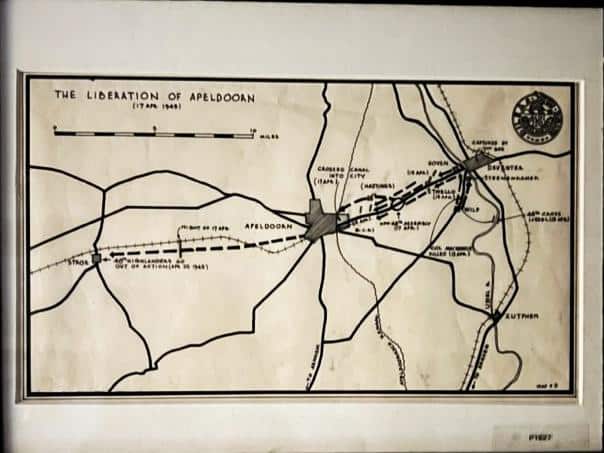 A 7 inch by 11 inch map # 11 drawn by Brigadier Eric Haldenby for the regimental history Dileas by Kim Beattie. The liberation of the Netherlands, from September 1944 to April 1945, played a key role in the culmination of the Second World War, as the Allied forces closed in on Germany from all […]