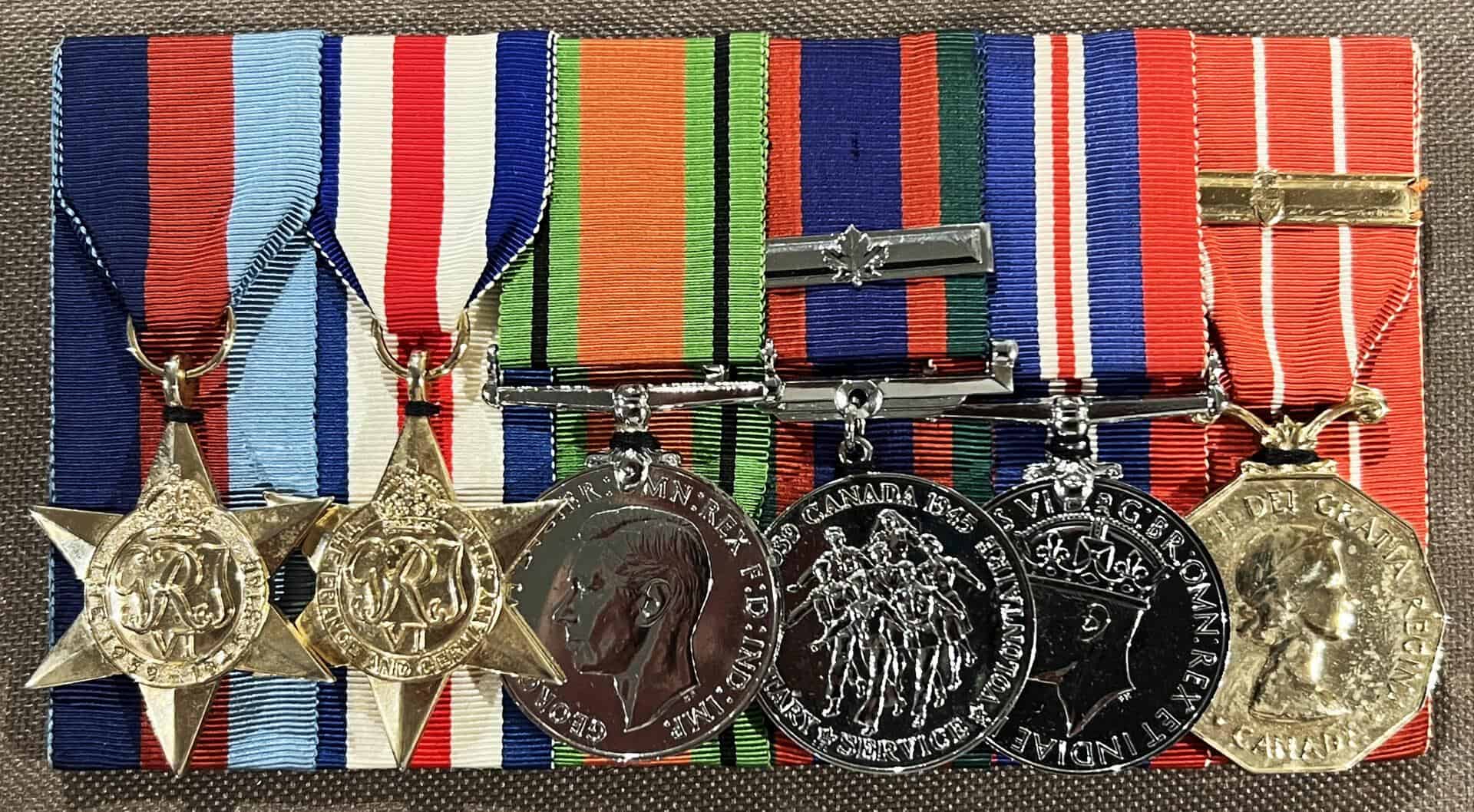 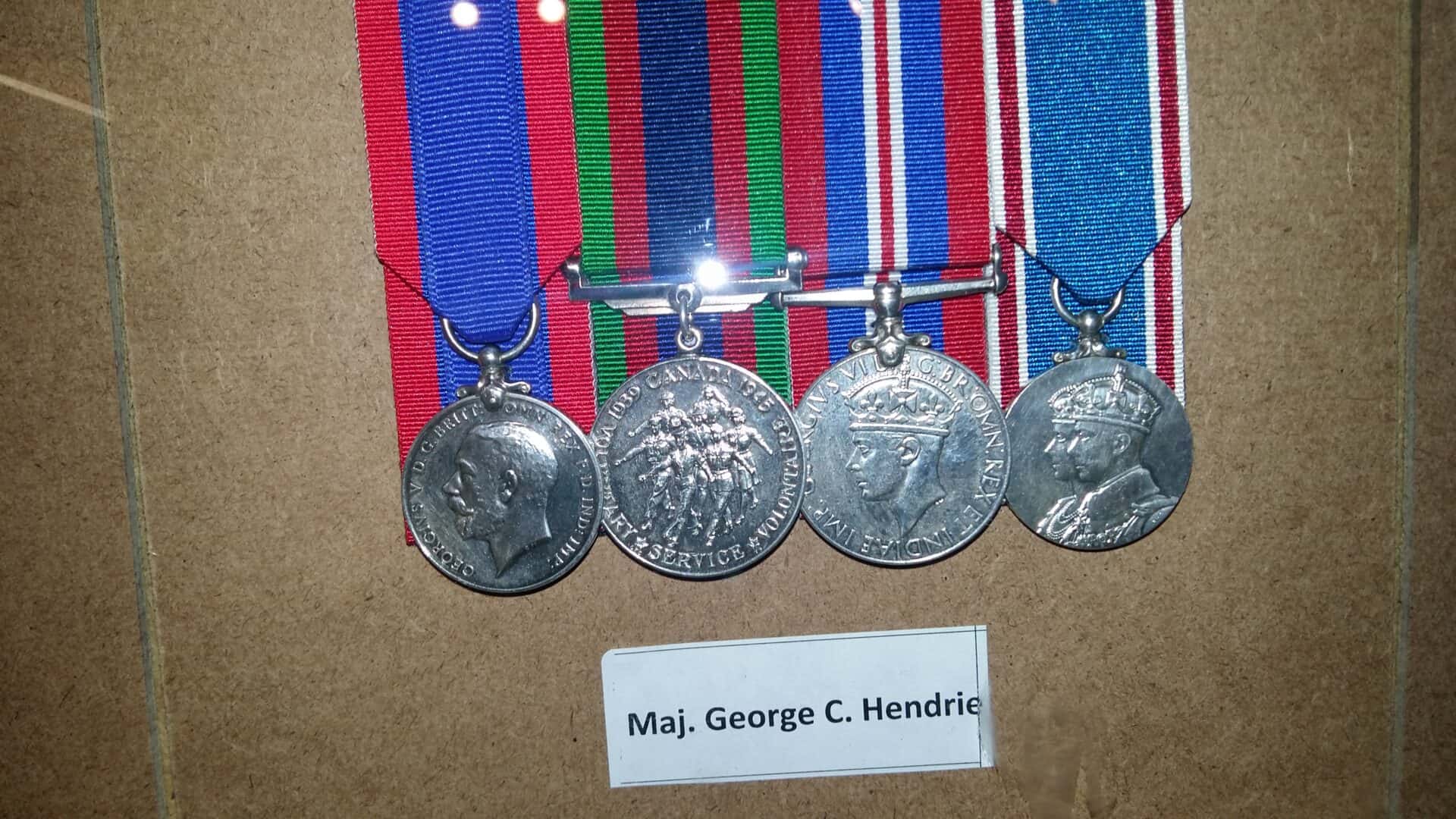 Medals (4) of Major George C. Hendrie ( starting at Lt and progressing to Maj) during WW II period of time. a) War medal, b) Canadian Volunteer Service medal, c) Efficiency Medal, d) Coronation medal. The medals were received at the museum as separate medals and mounted for display. 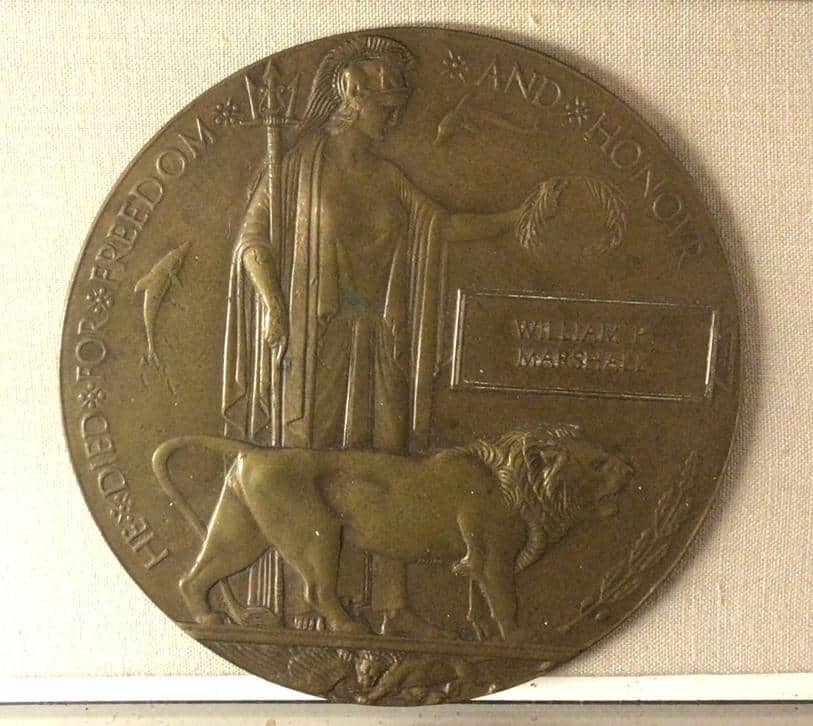 Memorial Plaque sent to the wife of LCol W. R. Marshall, killed in action at Ypres on 19 May 1916 by sniper fire. The Memorial plaque is sent to the widow, mother or designated next of kin for those killed in action. Accompanying the plaque would have been a Silver Cross engraved with his name […] 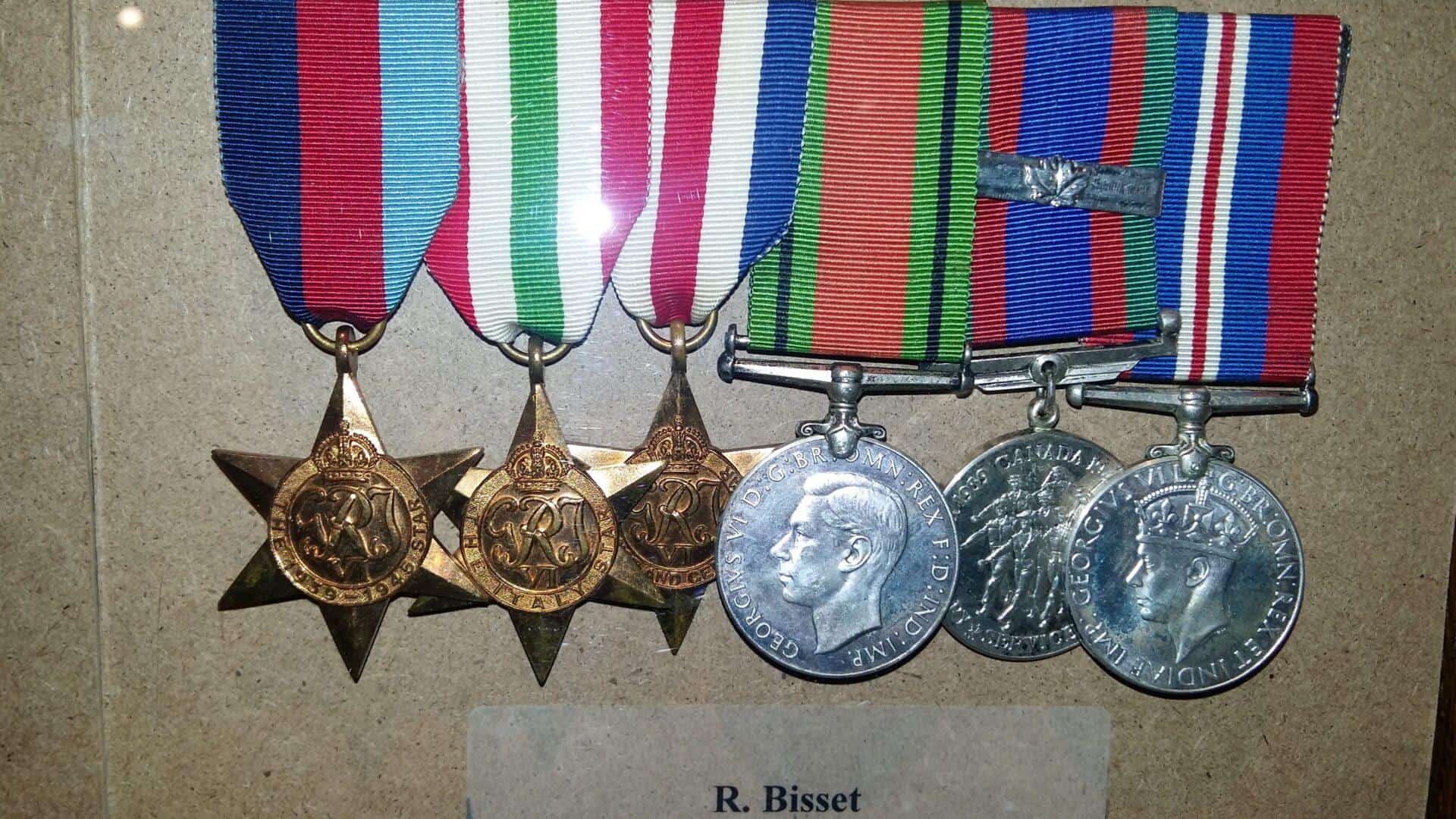 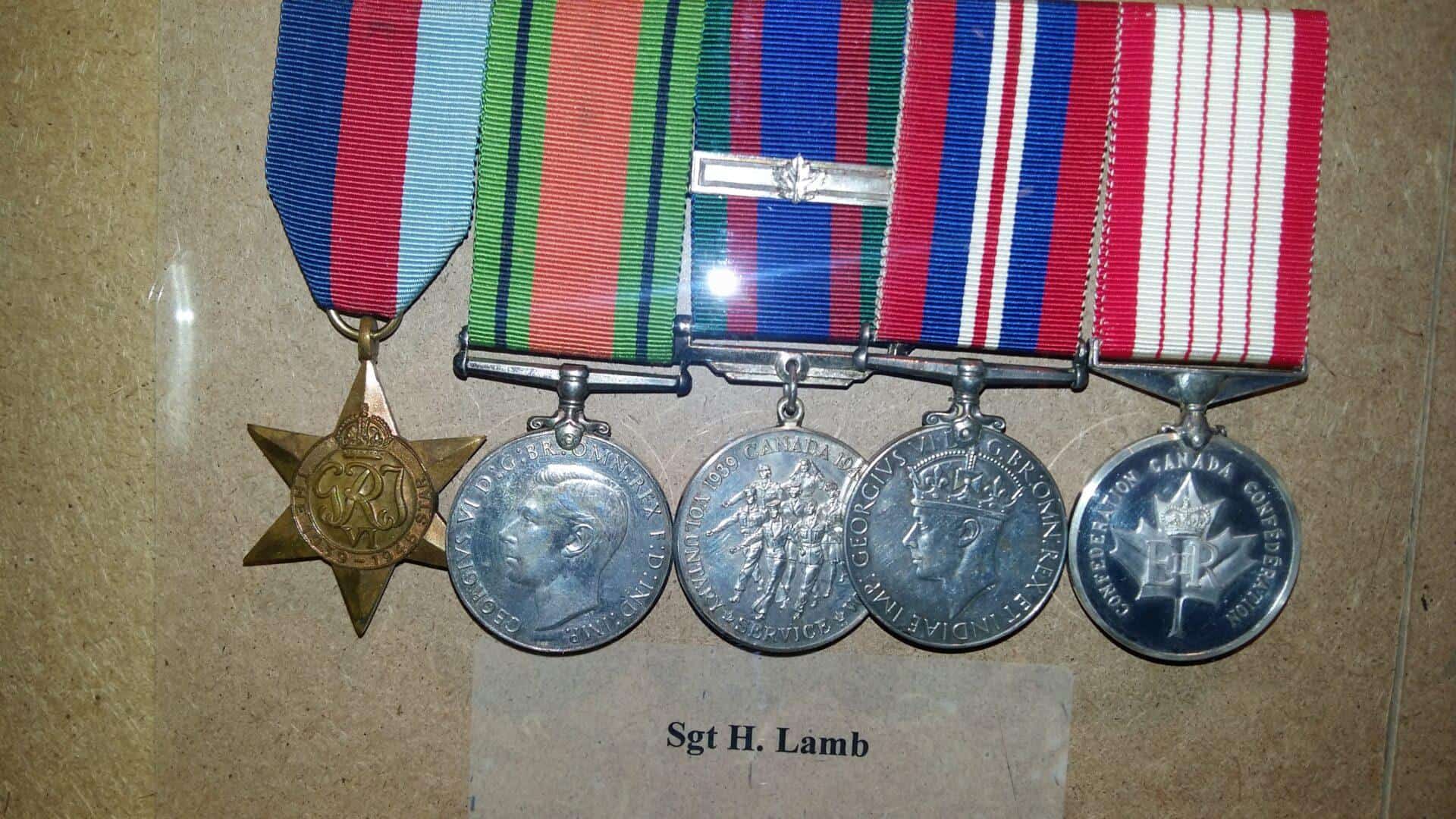 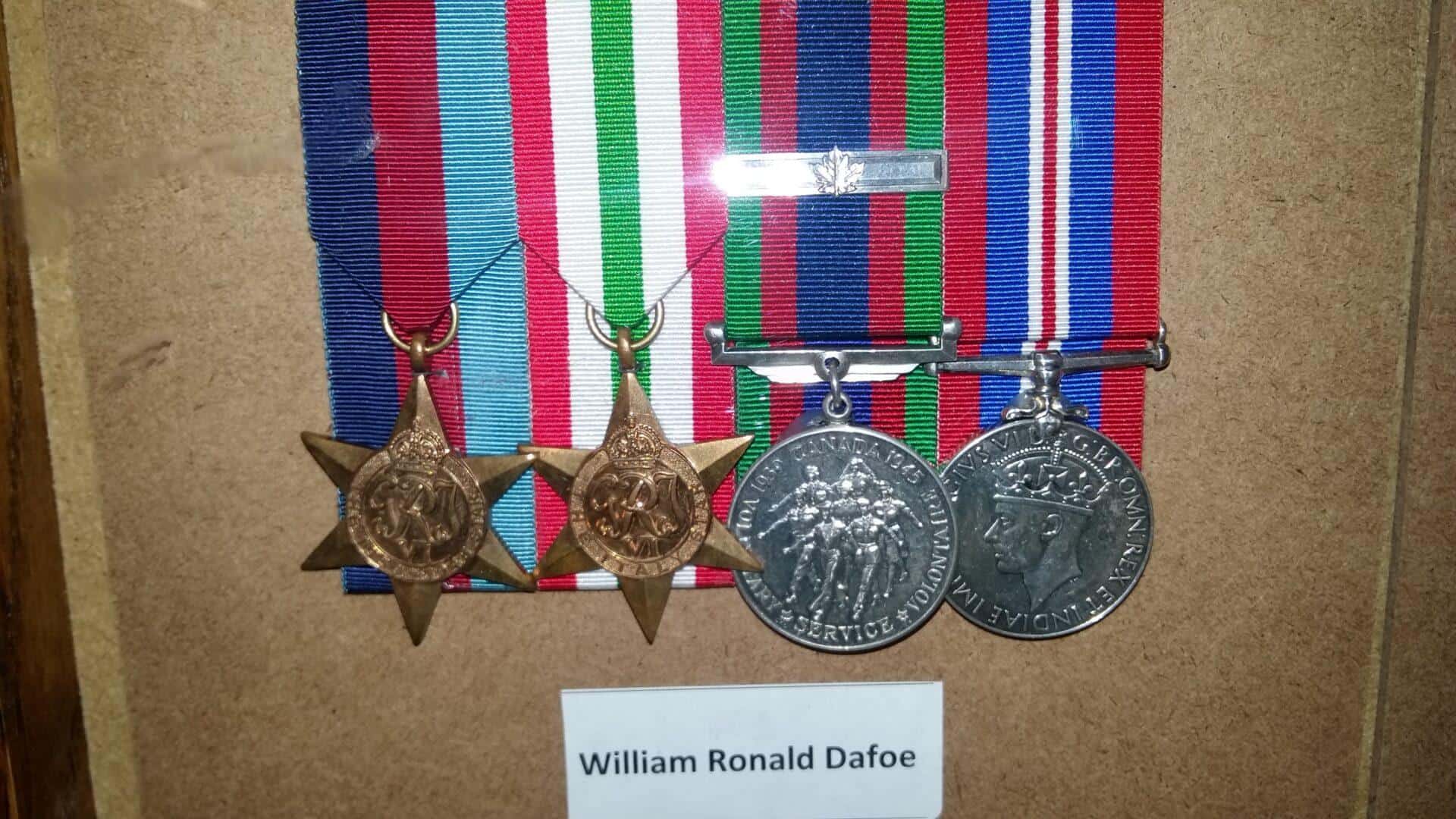 4 medals: a) 1939 – 1945 Star, b) Italy Star, c) Canadian Volunteer Service Medal with clasp, d) War Medal (1939 – 45) The medals were received separately and were mounted together for display. Also received were personal letters from Pte Dafoe, his New Testament bible and other items returned to his family. Pte Dafoe […] 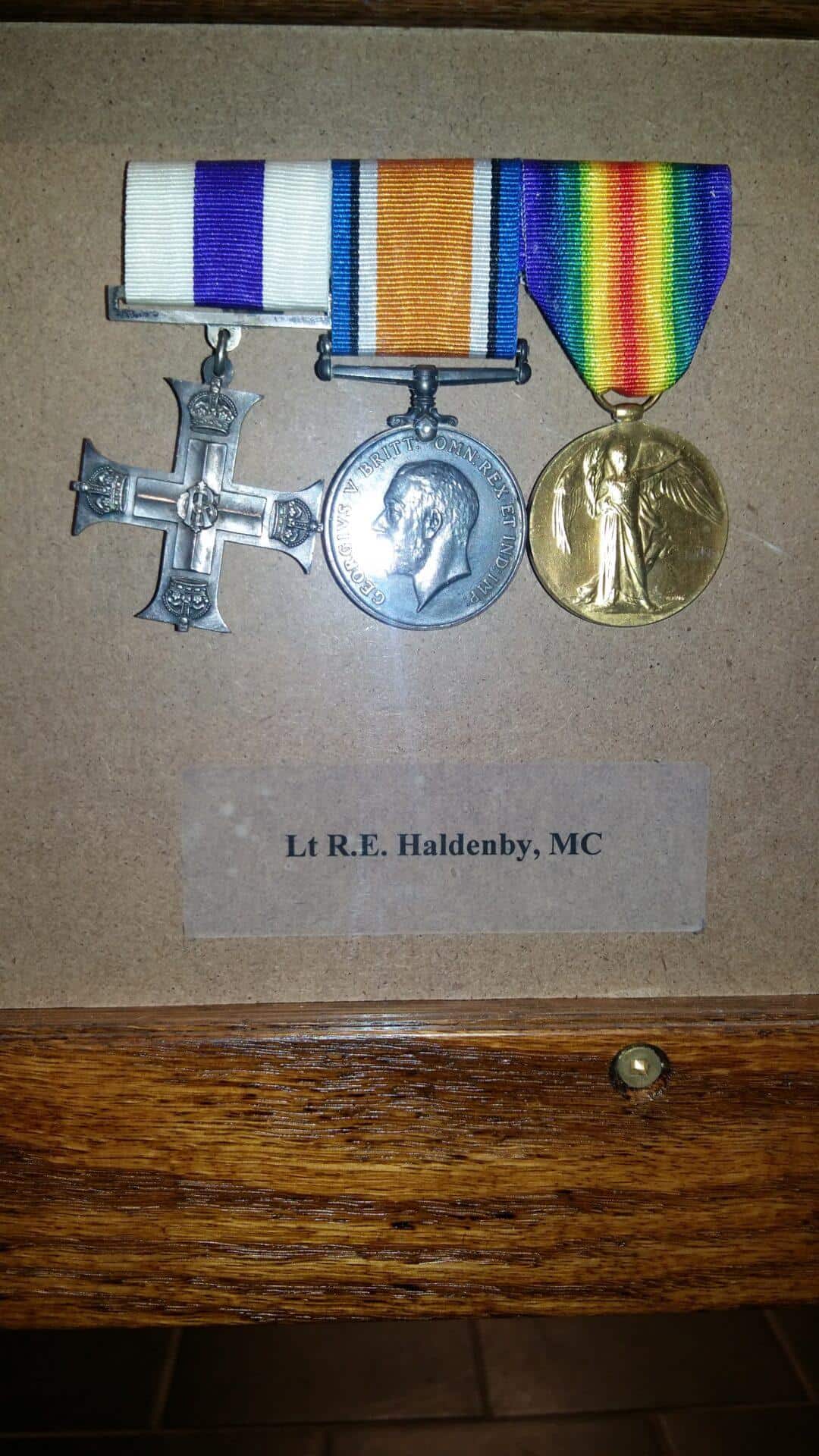 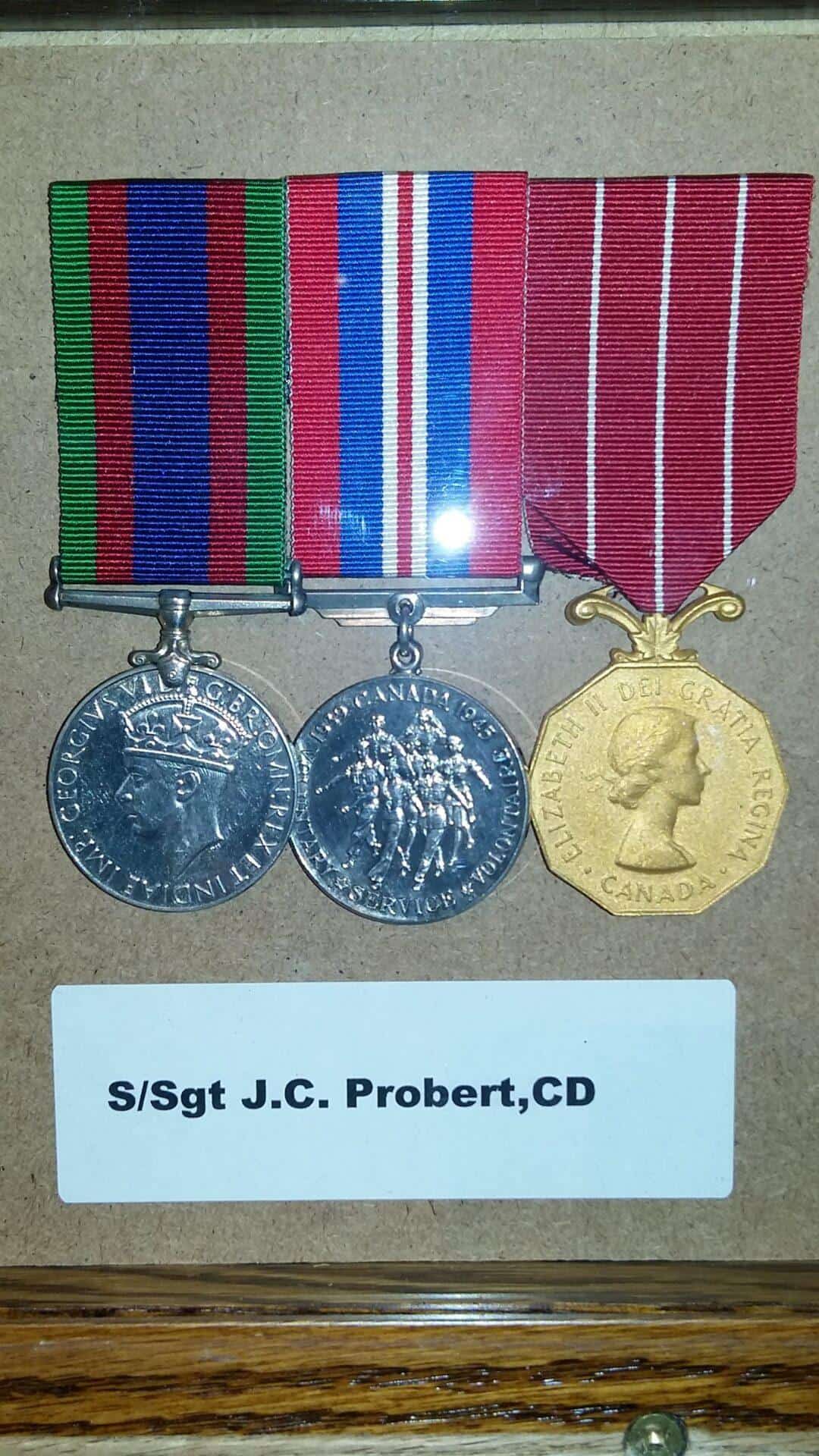 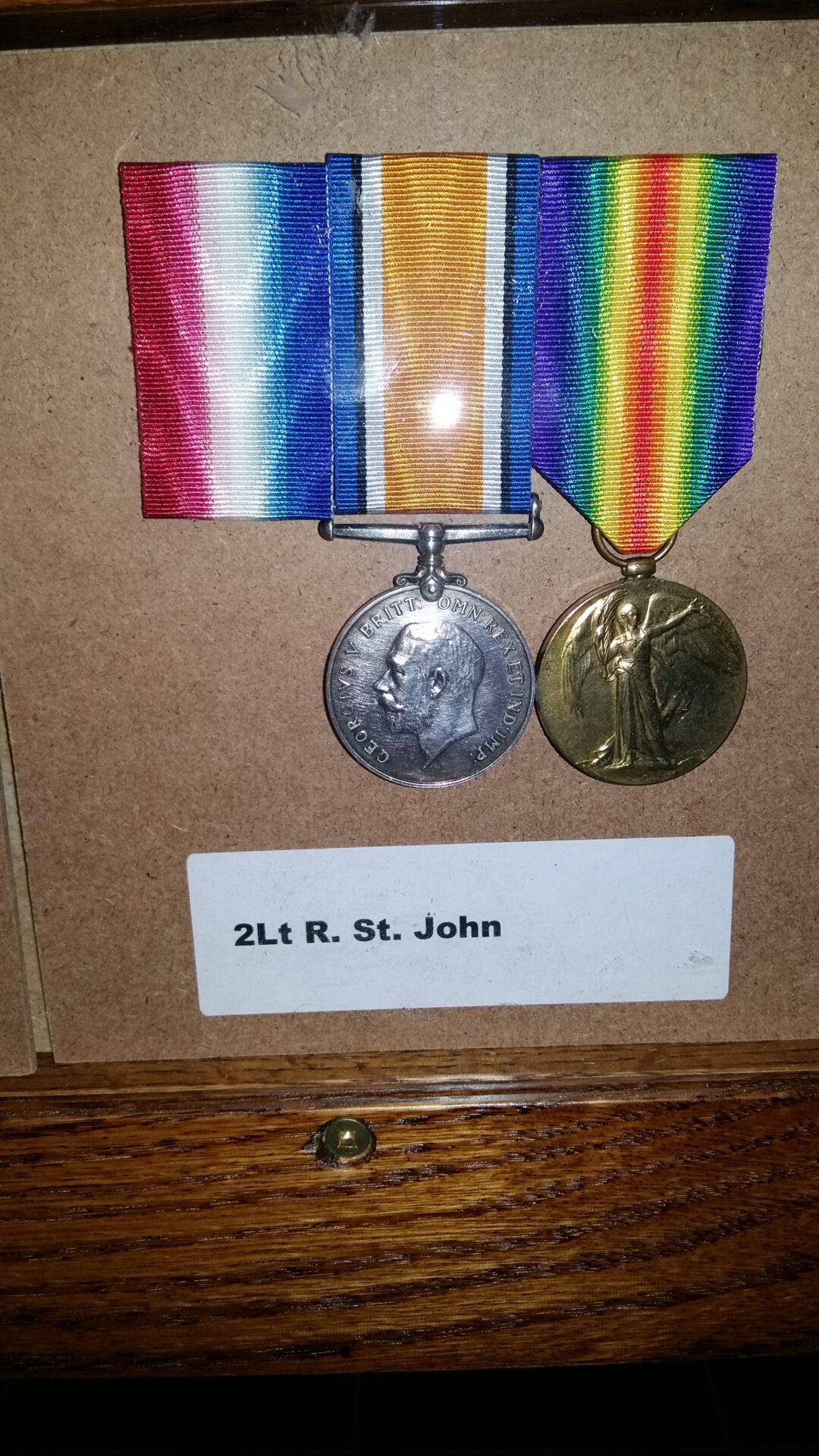 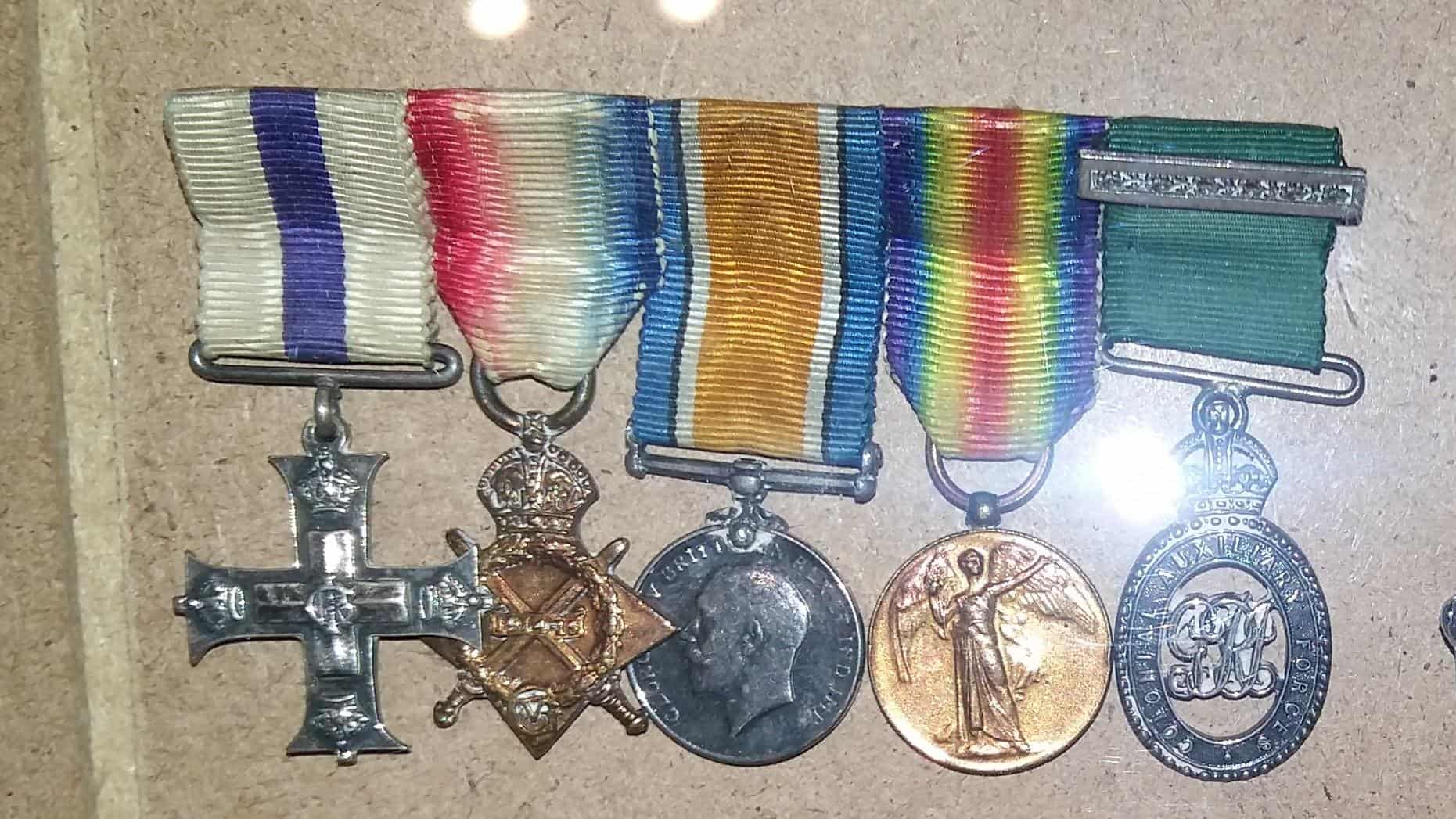