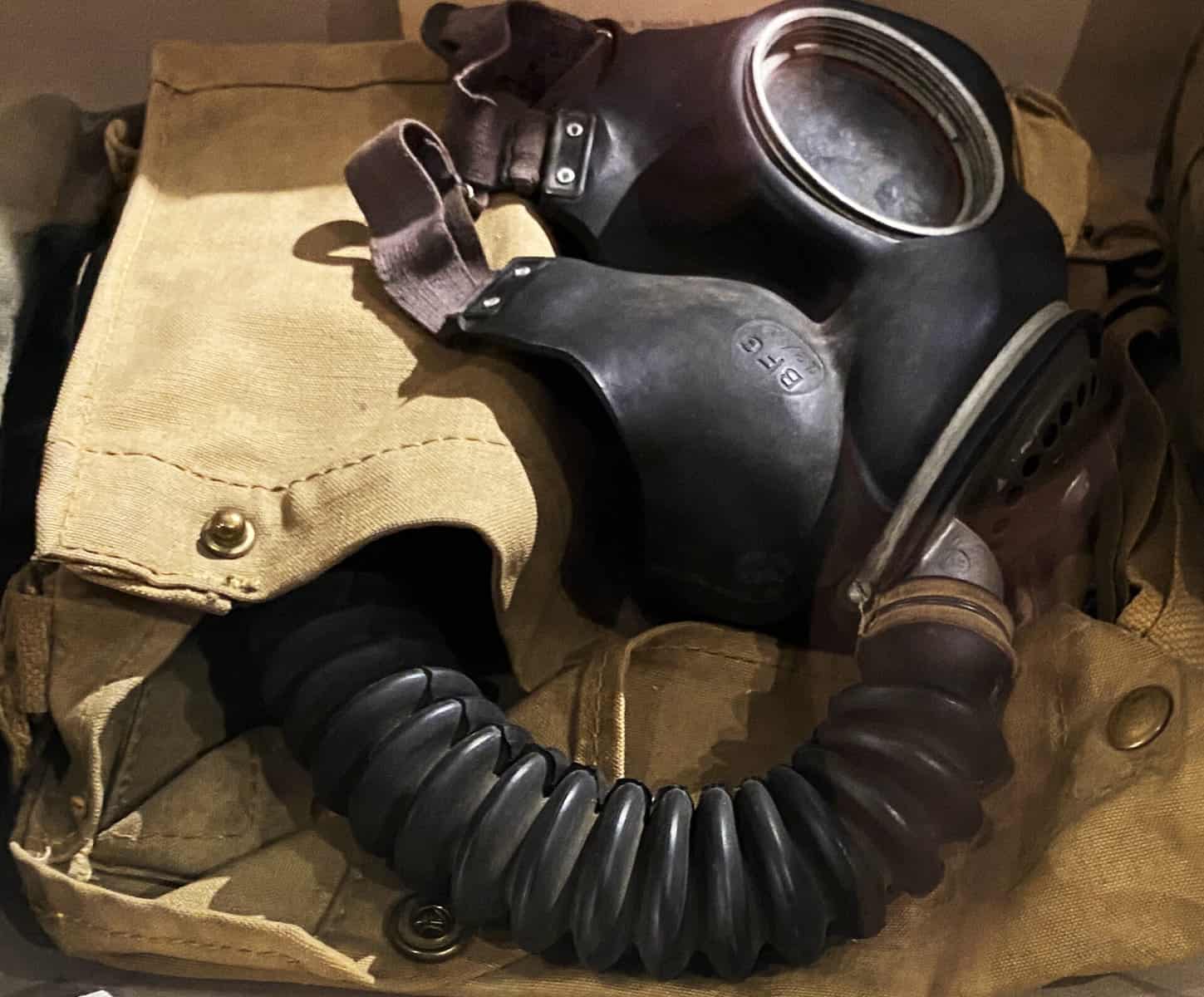 A 7 inch by 9 inch black rubber gas mask. The Mark IV was the first mask made entirely in Canada with rubber from Goodrich Rubber. On the Eve of the Second World War Canada produced enough masks to supply other Allied nations with anti gas components. The production of the masks was a boost […] 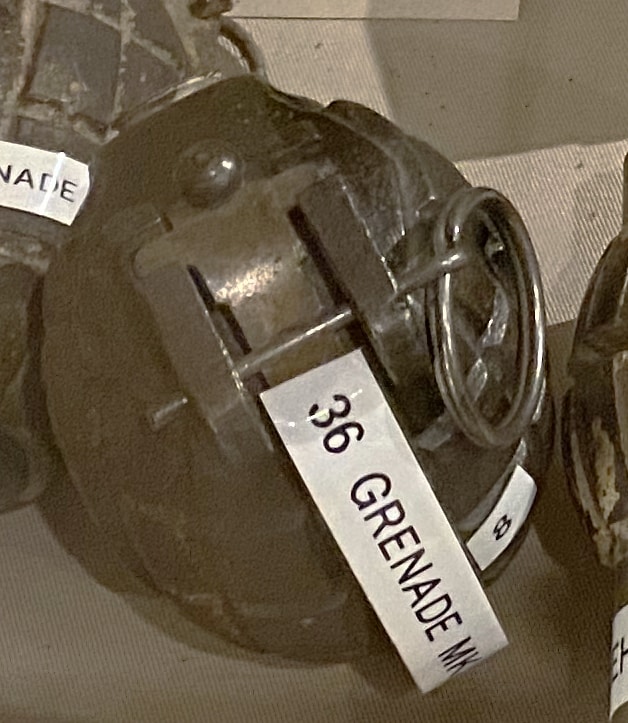 A 4 inch by 2.75 inch diameter metal grenade. The Mills was a classic design; a grooved cast iron “pineapple” with a central striker held by a close hand lever and secured with a pin. According to Mills’s notes, the casing was grooved to make it easier to grip, not as an aid to fragmentation; […]

Roll Call after the 2nd Battle of Ypres

An 8.5 inch by 14 inch black and white photograph framed in black wood of the roll call of the 15th Battalion on April 24th 1915 after the battle of Second Ypres. This was the first use Chlorine gas against Allied troops, first against the Algerians on 22 April and then the Canadians – 15th […] 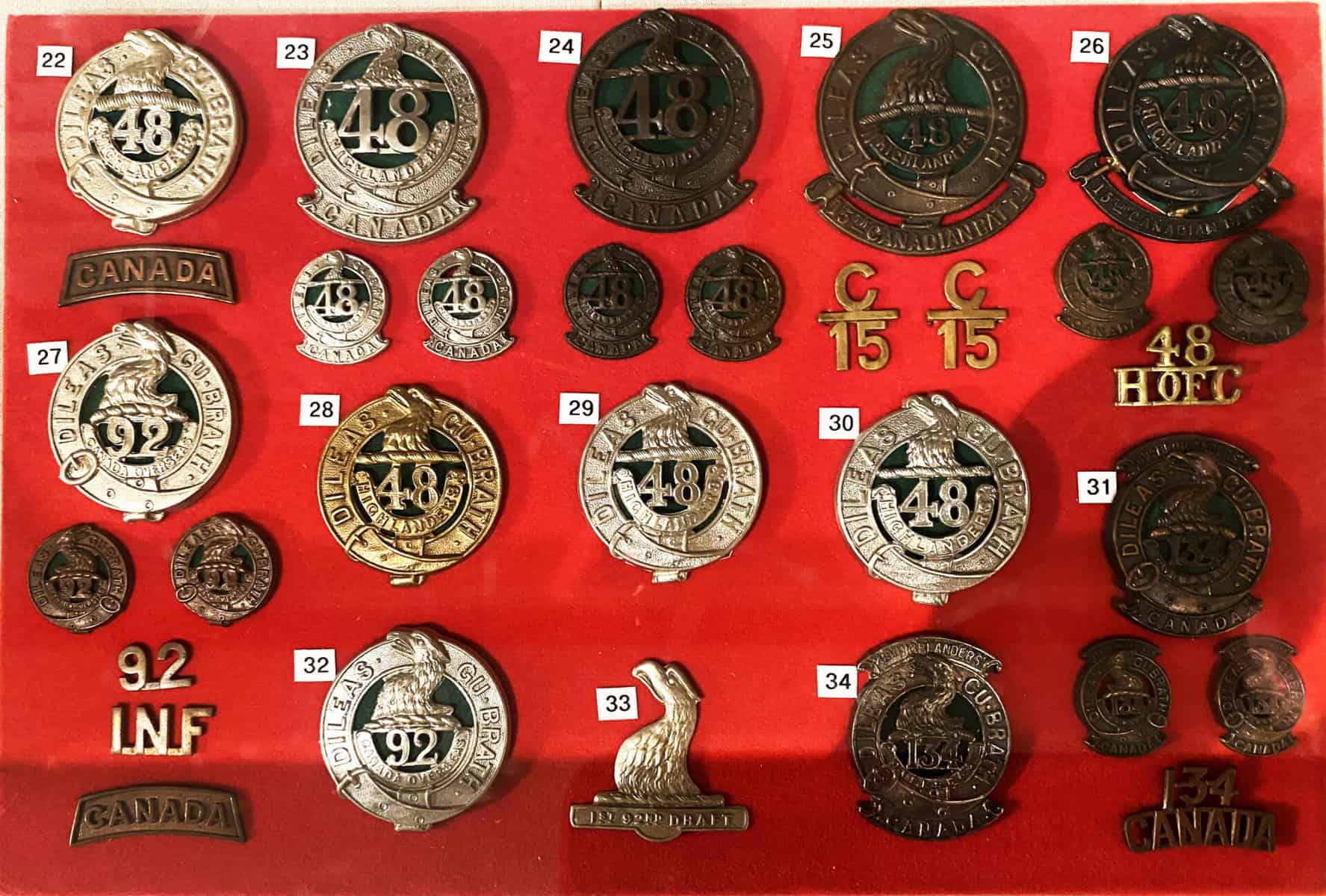 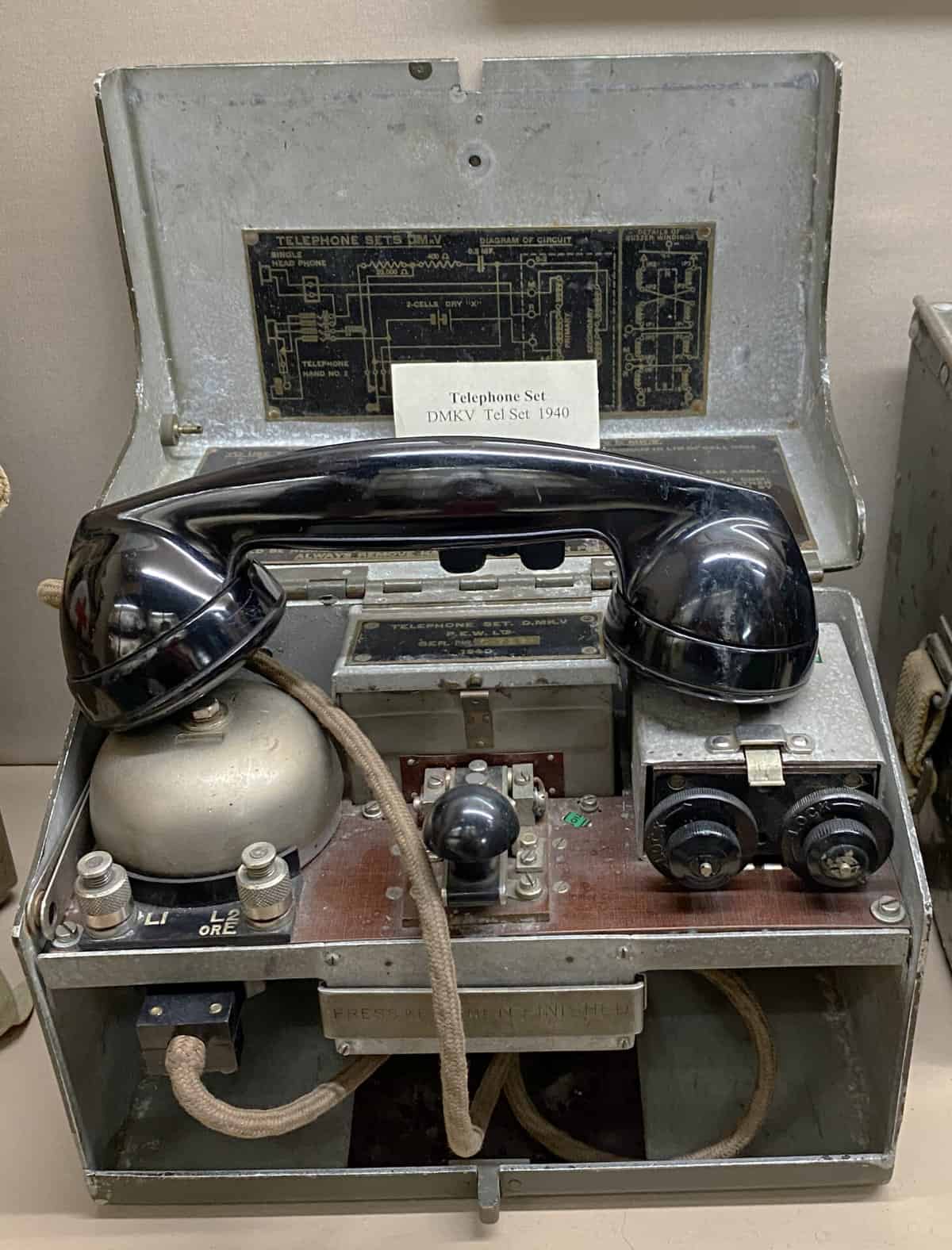 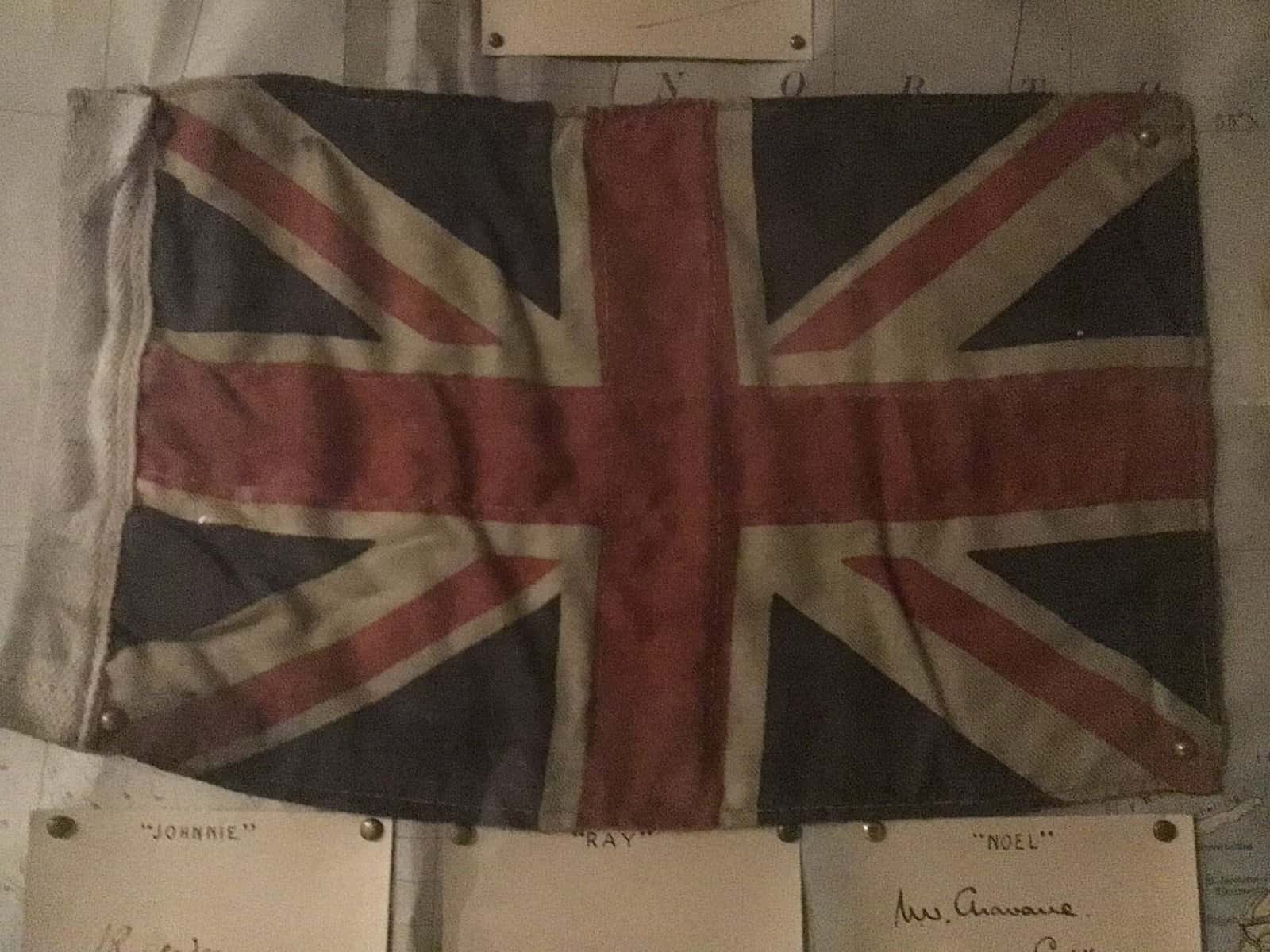 Small Royal Union Flag (Union Jack), circa 1944, reported by Lt. Col. Trumbull Warren as being flown from Field Marshal Sir B.L. Montgomery’s staff car on V-E Day. The  flag was given to Warren by Field Marshall Montgomery, along with a carbon copy of the Surrender Document signed at Luneburg Heath on 4 May 1945 […] 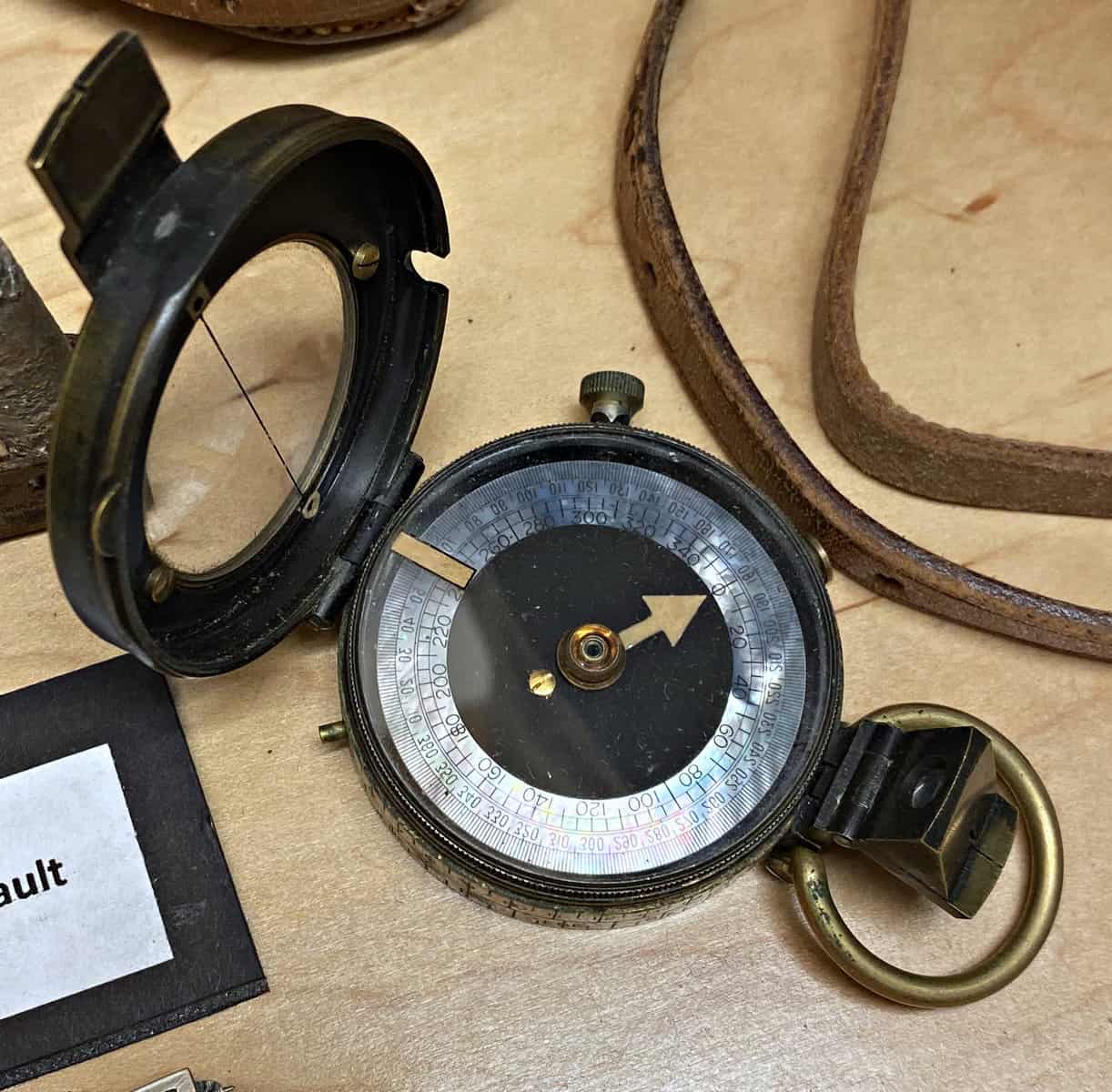 First World War Officer issued compass for field navigation and orienteering. Leather case has Letter B most likely for B Company / MMM 1906 written on it. Carrying strap is intact. 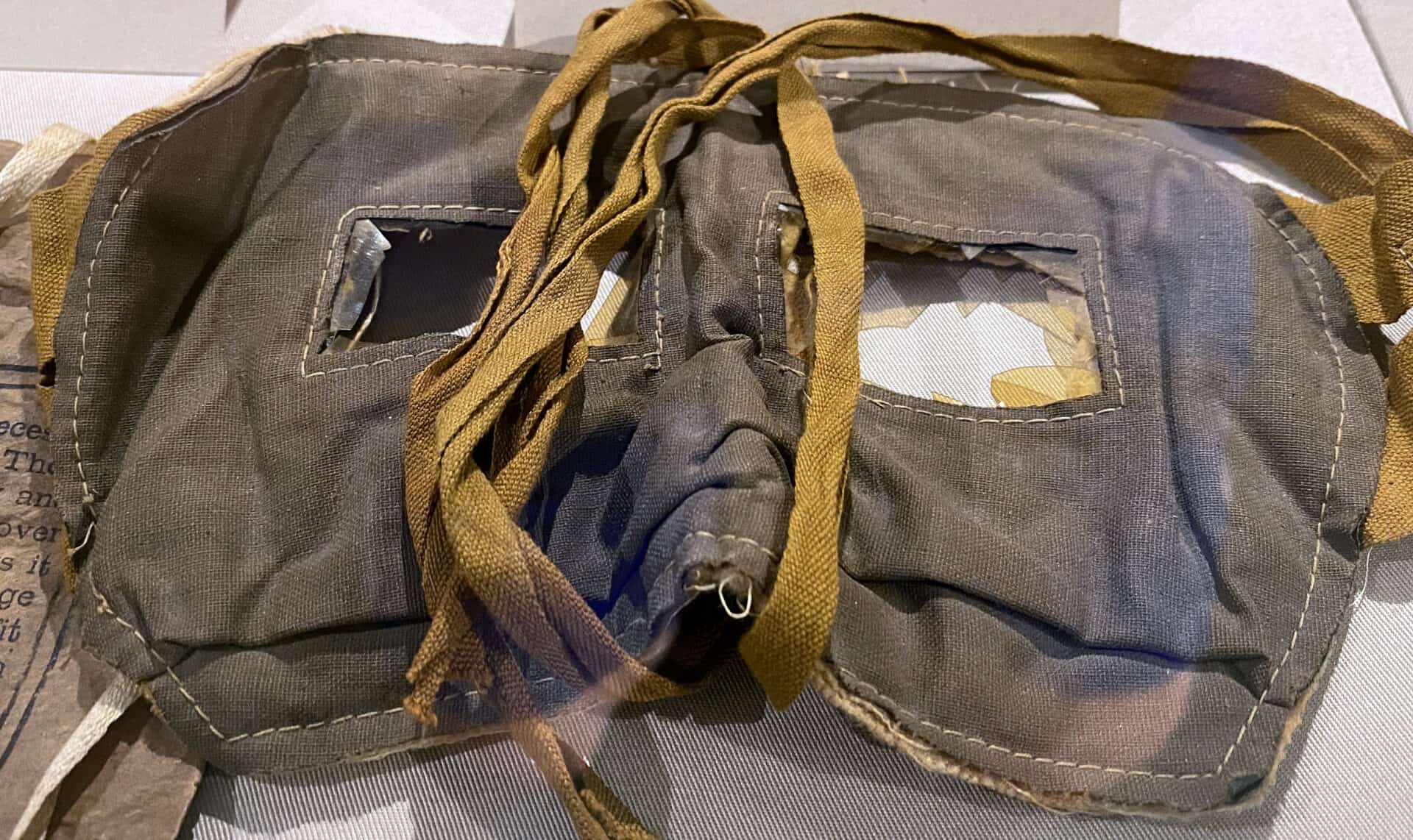 As an evolution of the gas mask created by Colonel Cluny Macpherson CMG FRCS the gas goggles were created; as WW1 consumed resources these goggles were created to cut down on materials. Soldiers with a wound dressing kit or a using their socks would urinate on these to cover their mouth and nose to stop […] 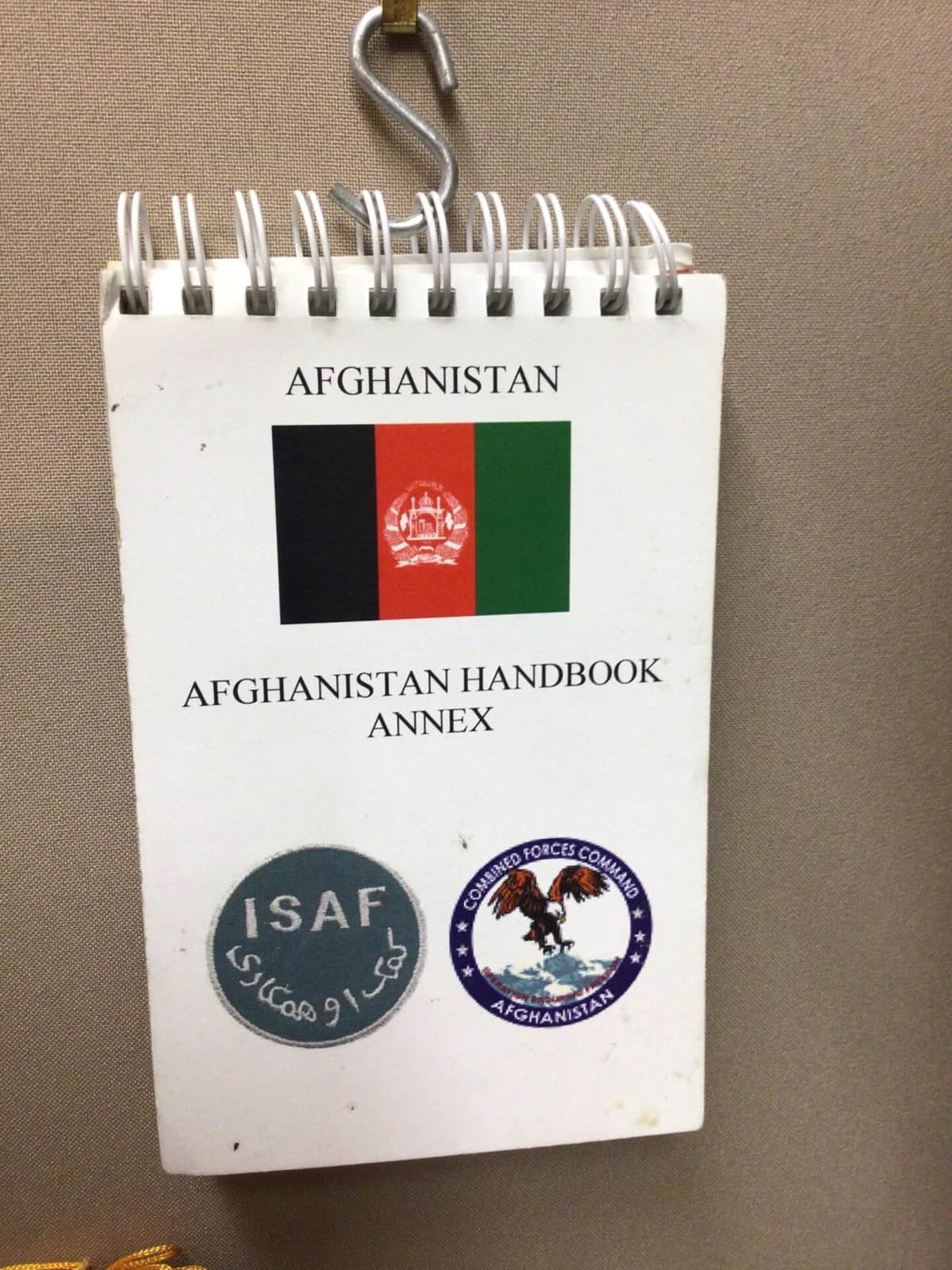 Multi page, spiral bound handbook Annex used by Canadian troops in ISAF and Combined Forces Command in Afghanistan. This small annex was a quick Aide Memoir easily carried in a pocket of the uniform. 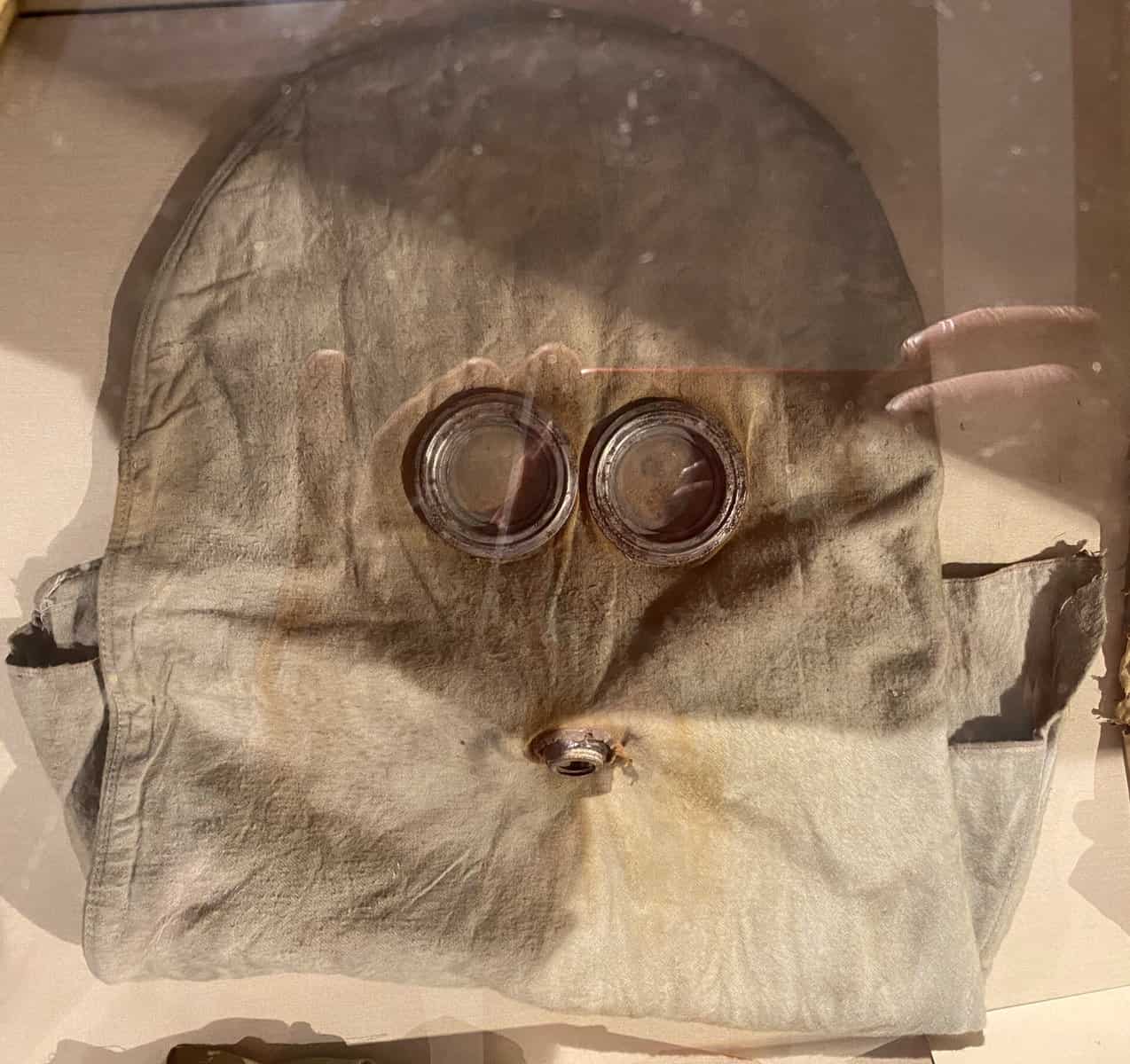 Early version of gas mask for British and Canadian forces. Missing is the purifying cartridge to be attached to the device on the front. First widely distributed version of the gas mask to Canadian forces. In dire situations the cartridge attachment hole could be used in conjunction with the shell dressing kit to have a […]