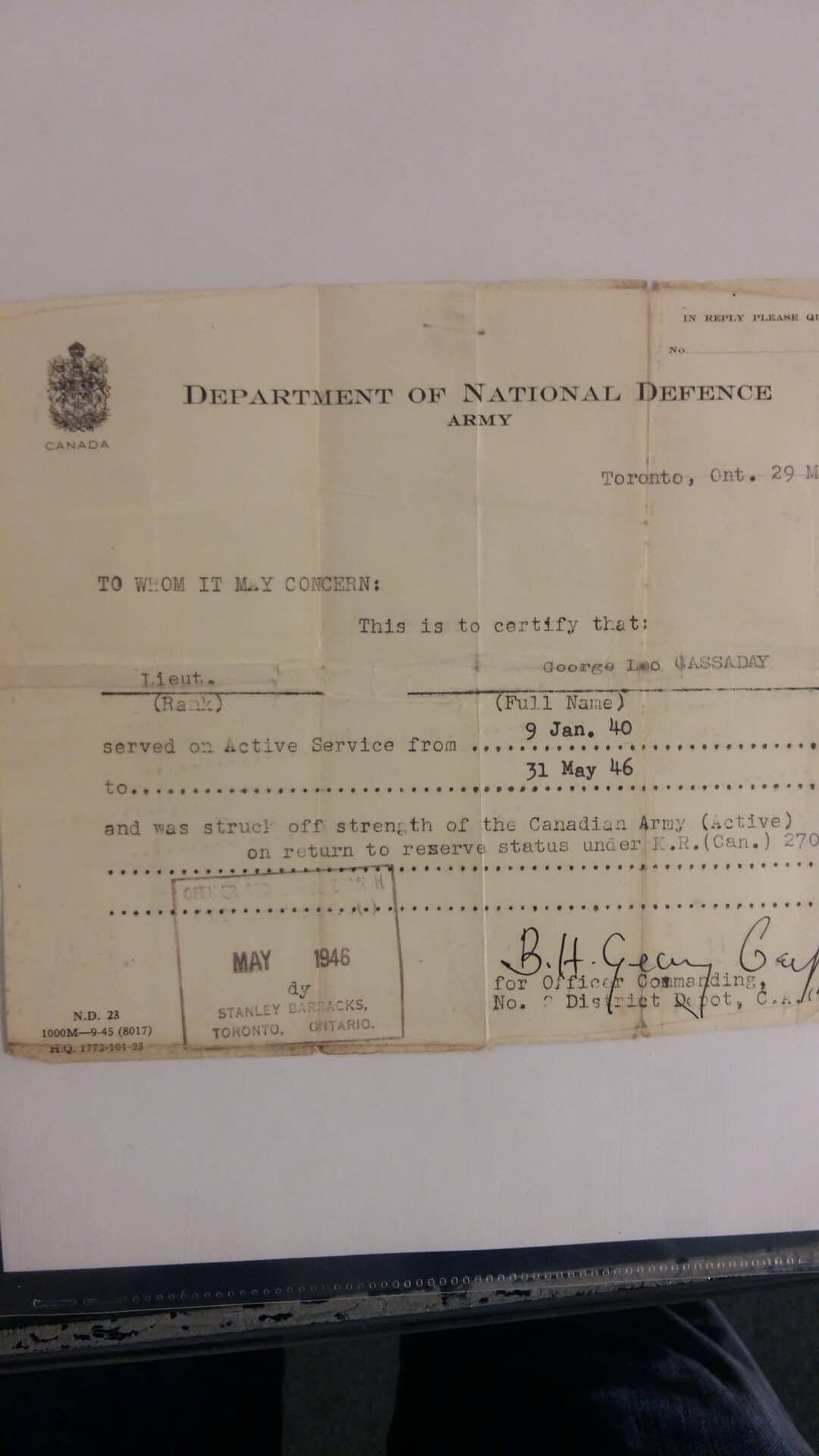 Letter from Dept. of National Defence – May 1946- advising George Leo Cassaday is SOS. 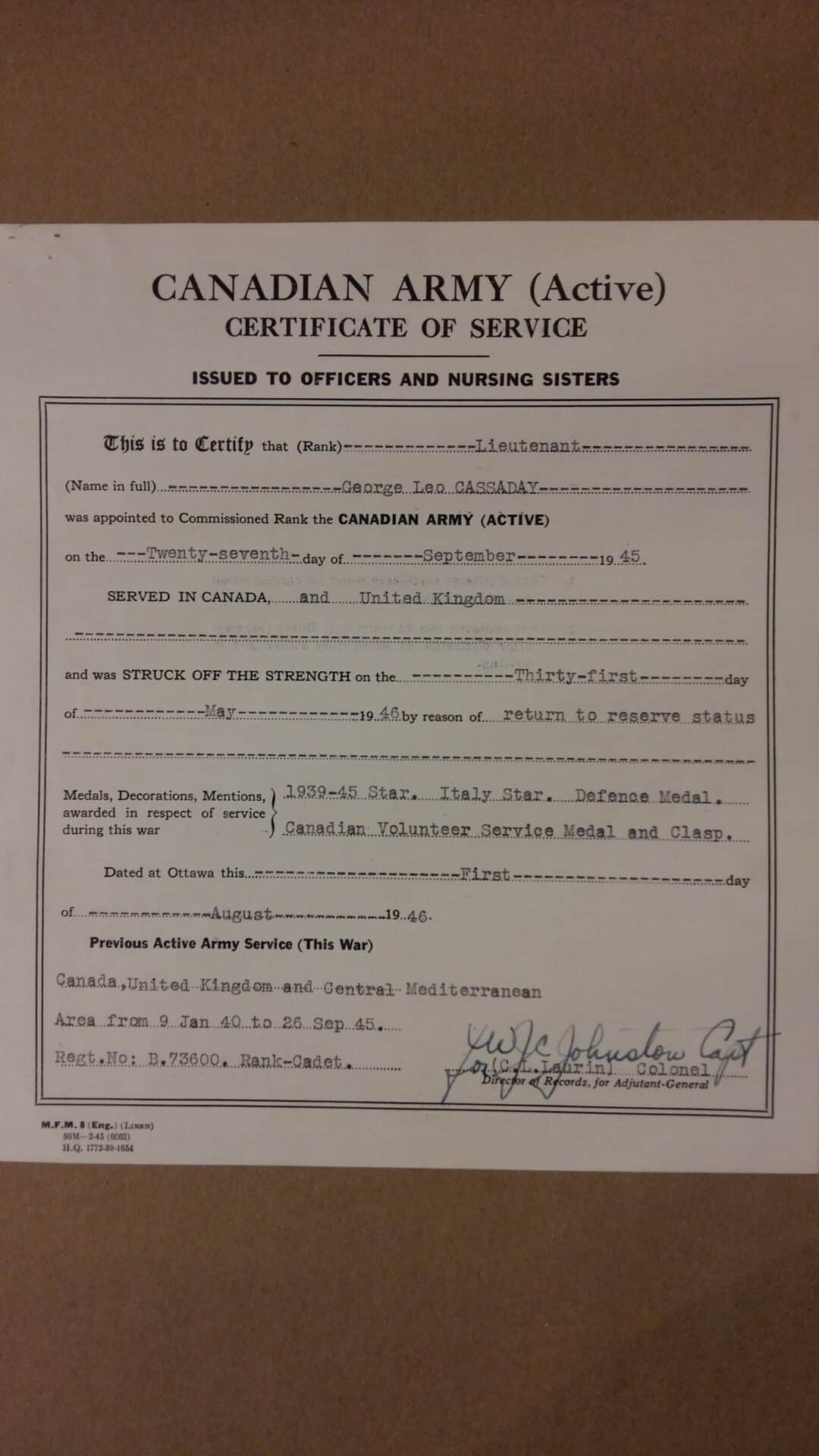 Letters between George Leo Cassaday and Can. Pension Commission on challenges and evaluations for earned pension from service in Sicily.  dated from 1946 to 1960.

Handwritten record of all injuries and deaths. Notebook kept by Padre Stewart East while part of the 1st Battalion, 48th Highlanders in Sicily and Italy.

Typed list dated 22 November 1943 of assignment of 48th Highlanders Officers when the 1st Battalion departed England for Sicily in May 1943. Assignments are to the 1st Battalion for Sicily and those left in England and assigned to other locations or units, held as reinforcement officers (LOB), transfers and returned to Canada.

Handwritten list of 48th Highlanders officers and their assignments as of 12 June 1942: Officers in the 1st Battalion and Other officers in UK. Notepaper has 48th Highlander buckle badge crest in top centre of pages.

Typed Nominal Roll of NRMA Recruits dated 6 March 1942 who are part of the 2nd Battalion, 48th Highlanders. The list, on plain paper headed by 2nd Battalion, 48th Highlanders, University Avenue Armouries, has typed names with service numbers. There are handwritten notes beside many names indicating their subsequent deployment or assignment including: RCAF, Recalled, […] 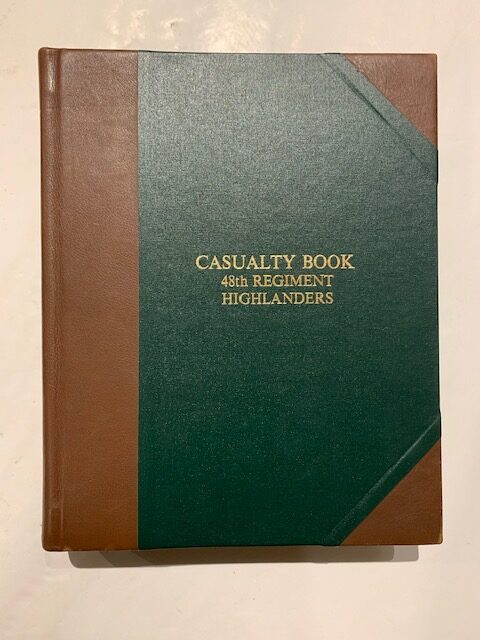 Although called a Casualty Book, this book lists in order, alphabetically,  soldiers who enlisted in the 48th Highlanders from 1892 to 1950s and  when they were discharged. The book is indexed alphabetically by the last name of the recruits to the regiment. The sheets of paper have the following categories for each soldier: the service […]