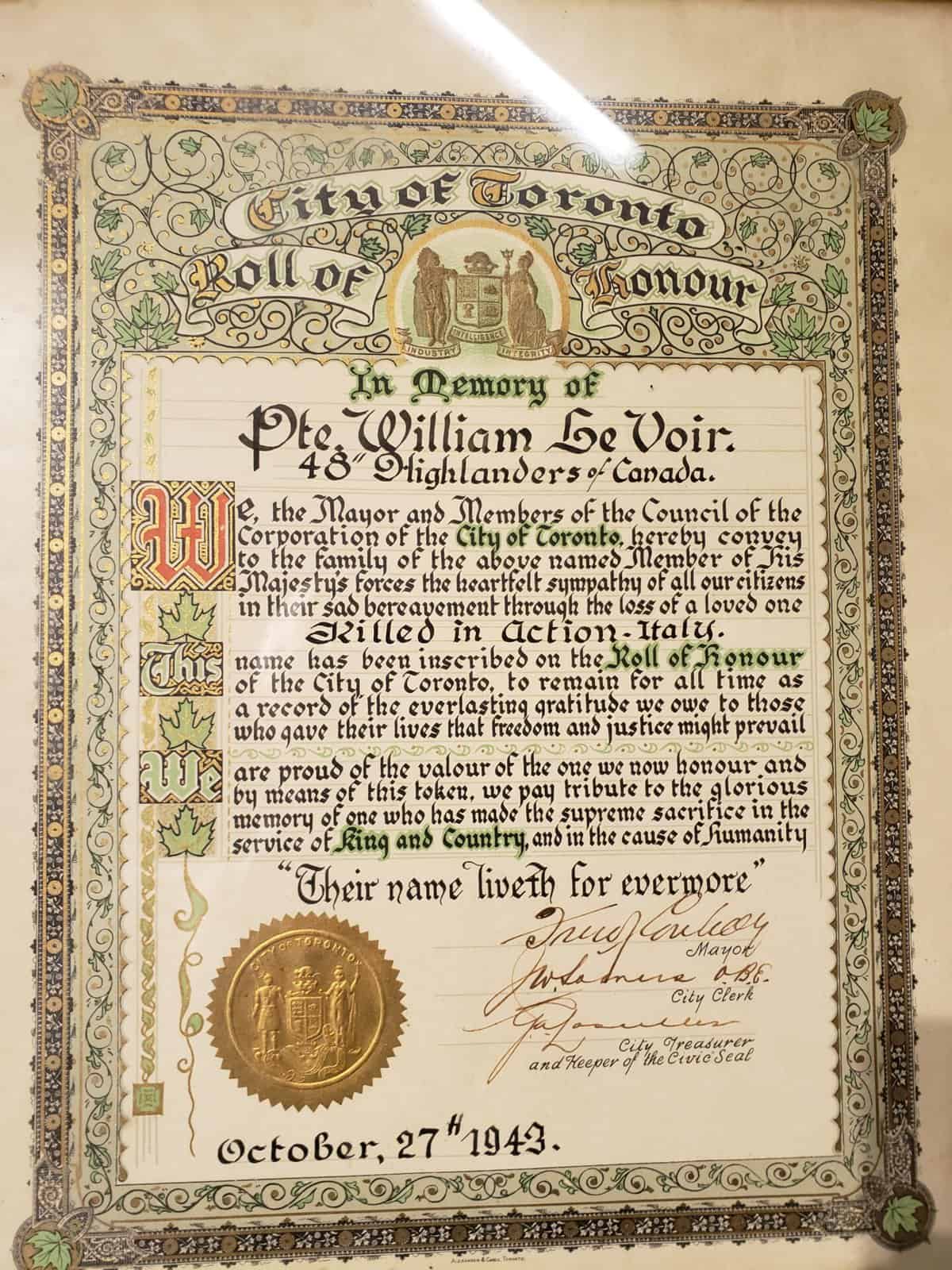 From the City of Toronto dated Oct 27, 1943. Framed scroll from the Mayor and members of the Council of Corporation of Toronto to the family of William Le Voir who was killed in action on Oct 26, 1943 in Sicily, stating his name shall be inscribed on the City’s Roll of Honour for all […] 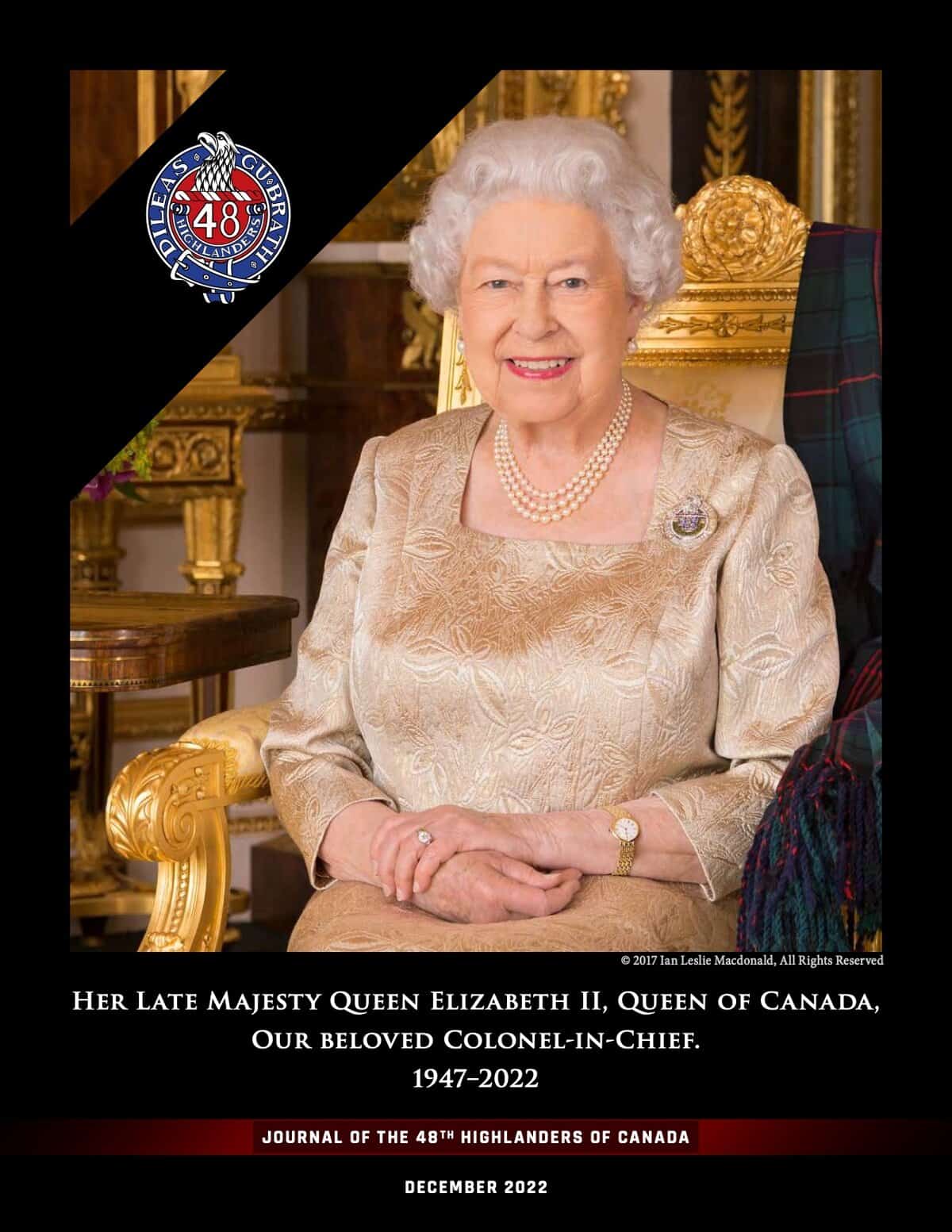 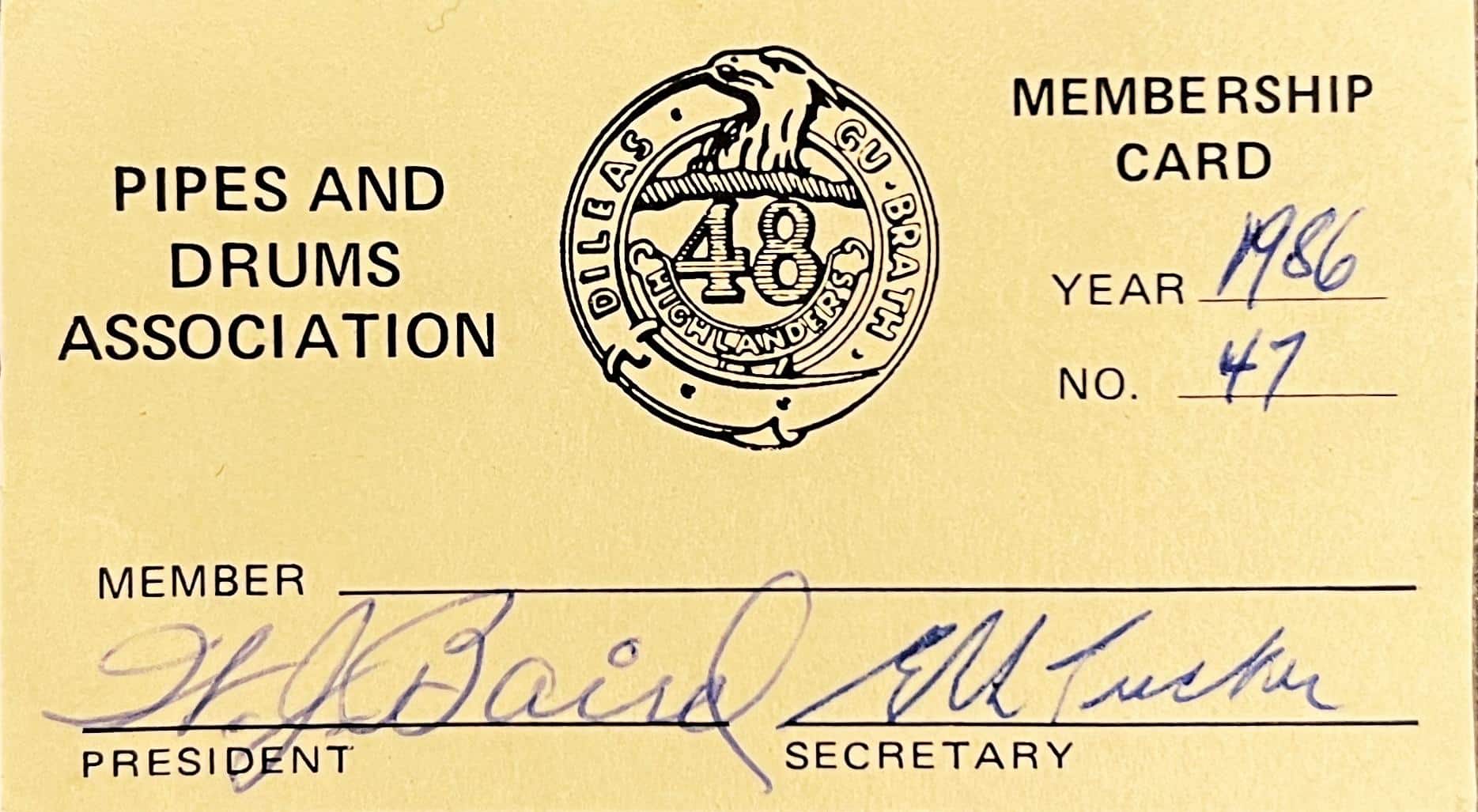 A 2 inch by 3.5 inch membership card of Sgt. Worth, Jerry E. to the Pipes and Drums Association for the year 1986. Card is signed in ink by the Association President, W Baird and Secretary, Lloyd Tucker. 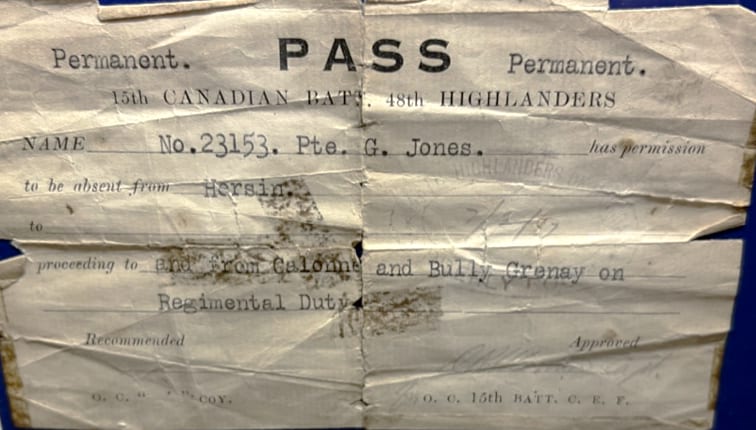 An authorized pass from duty at Calonne and Bully Grenay for 23153 Pte G. Jones. The pass has a plastic frame and is 3.5 inches by 5 inches. 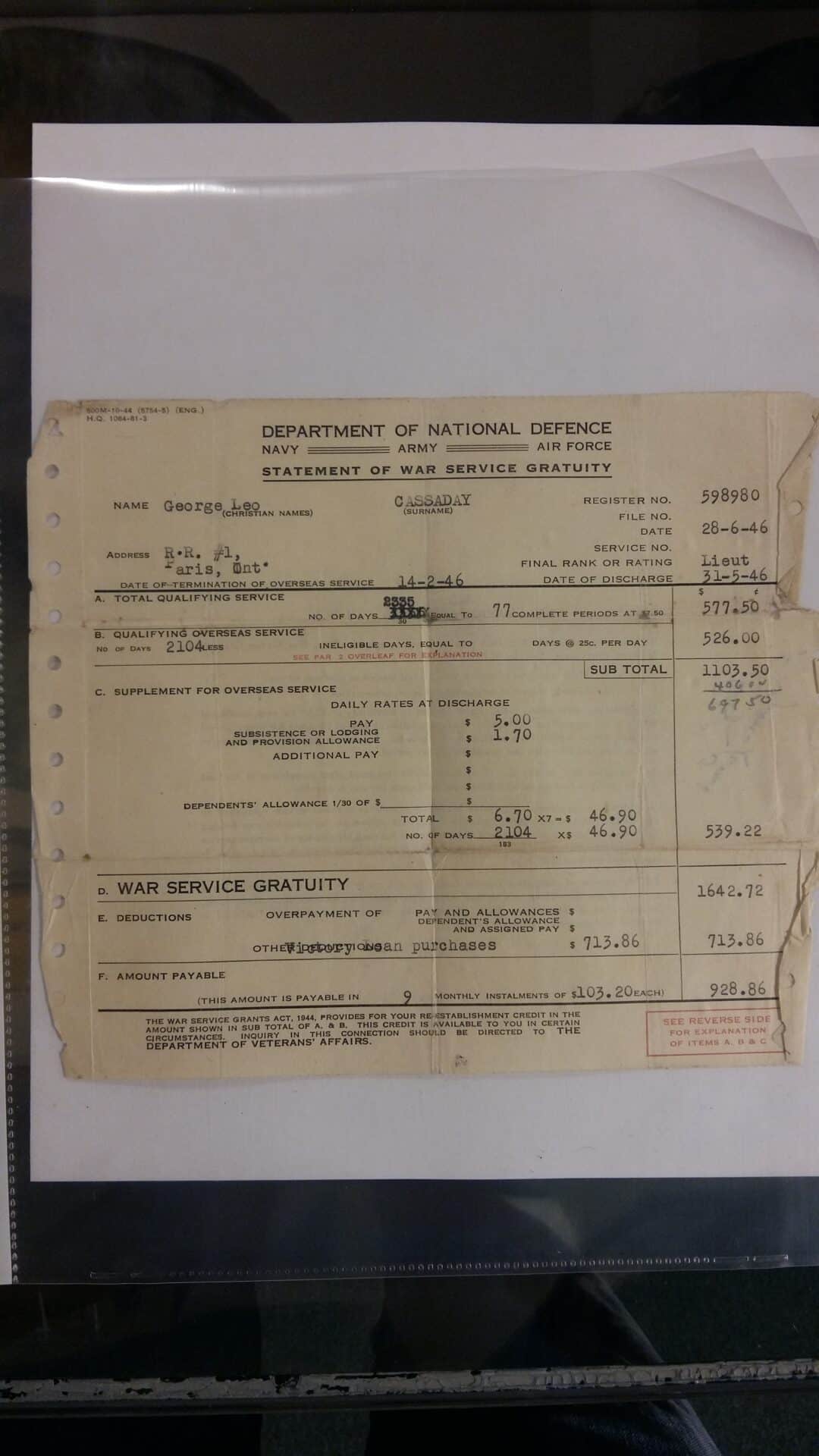 Letter from Dept. of Nat. Defence to George Leo Cassaday advising payment of $928.86 dated May 1946 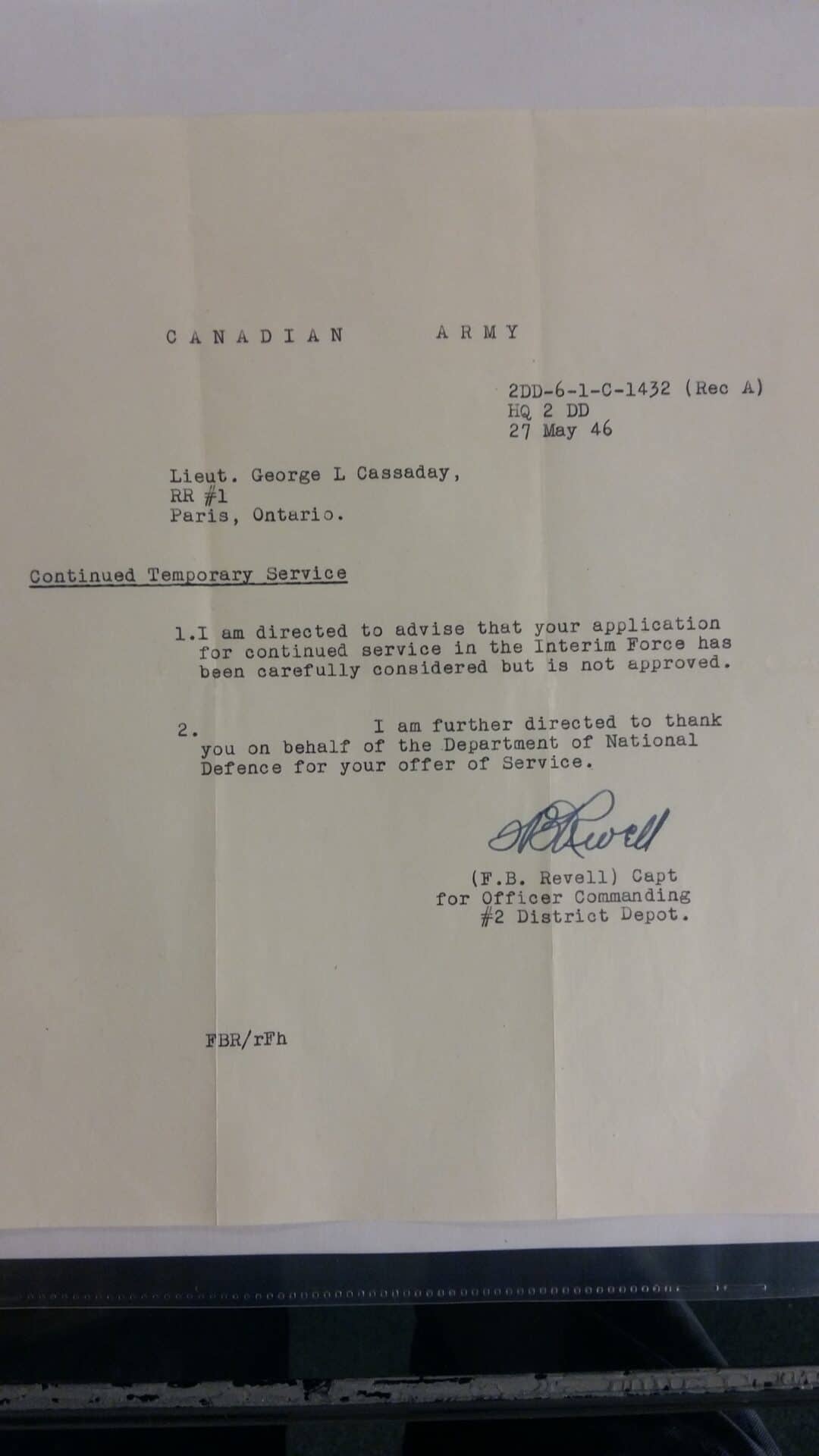 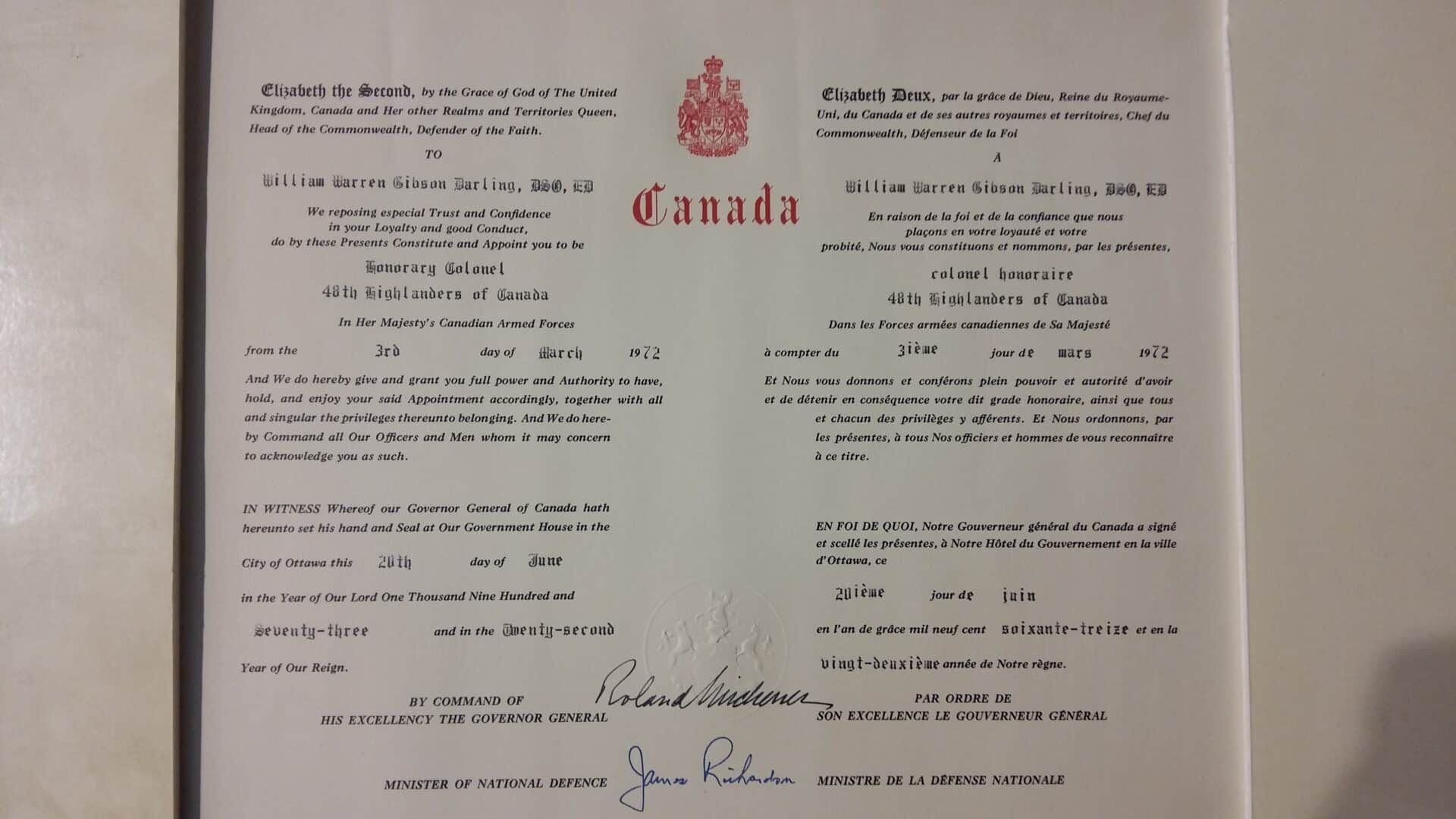 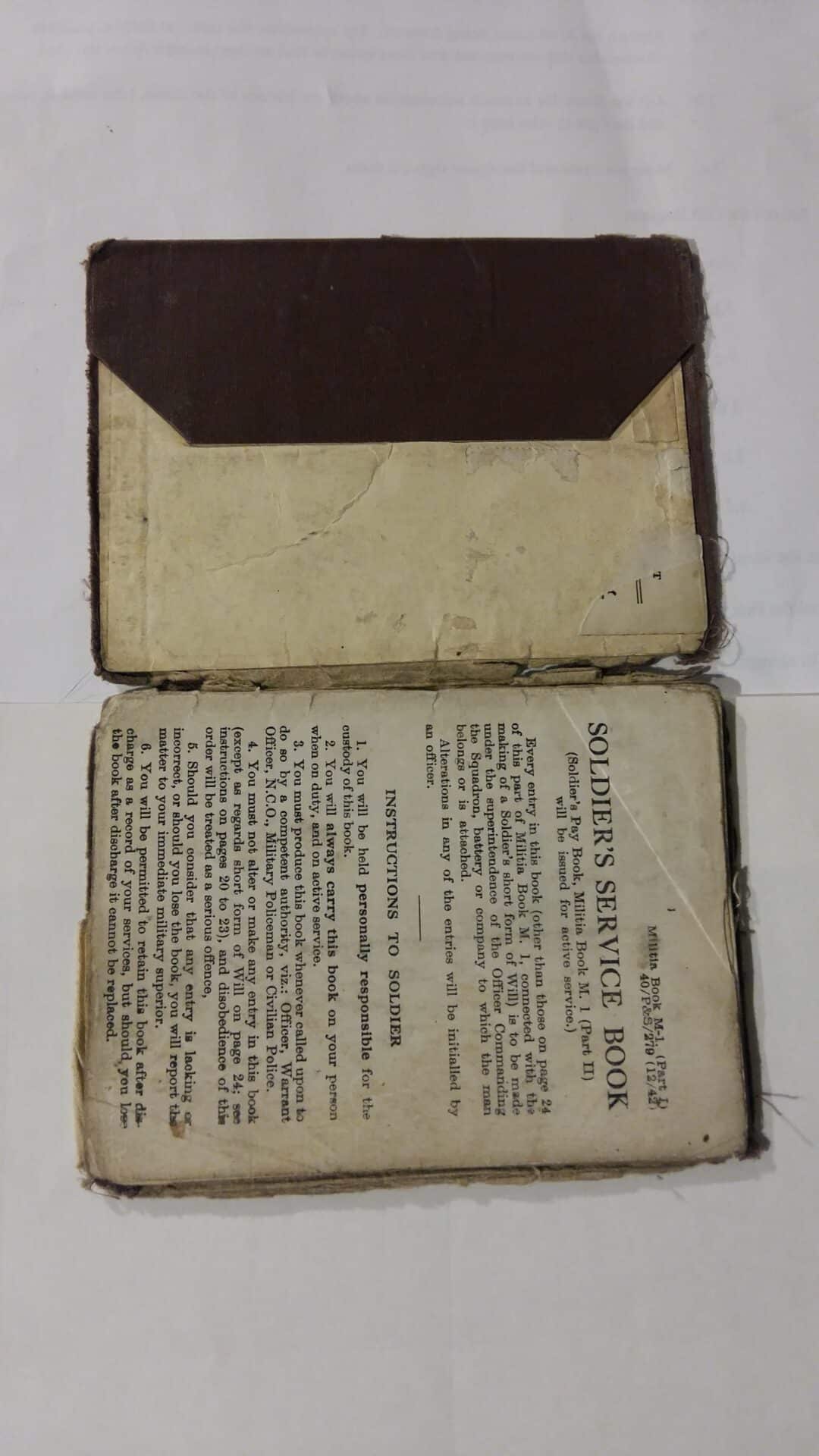 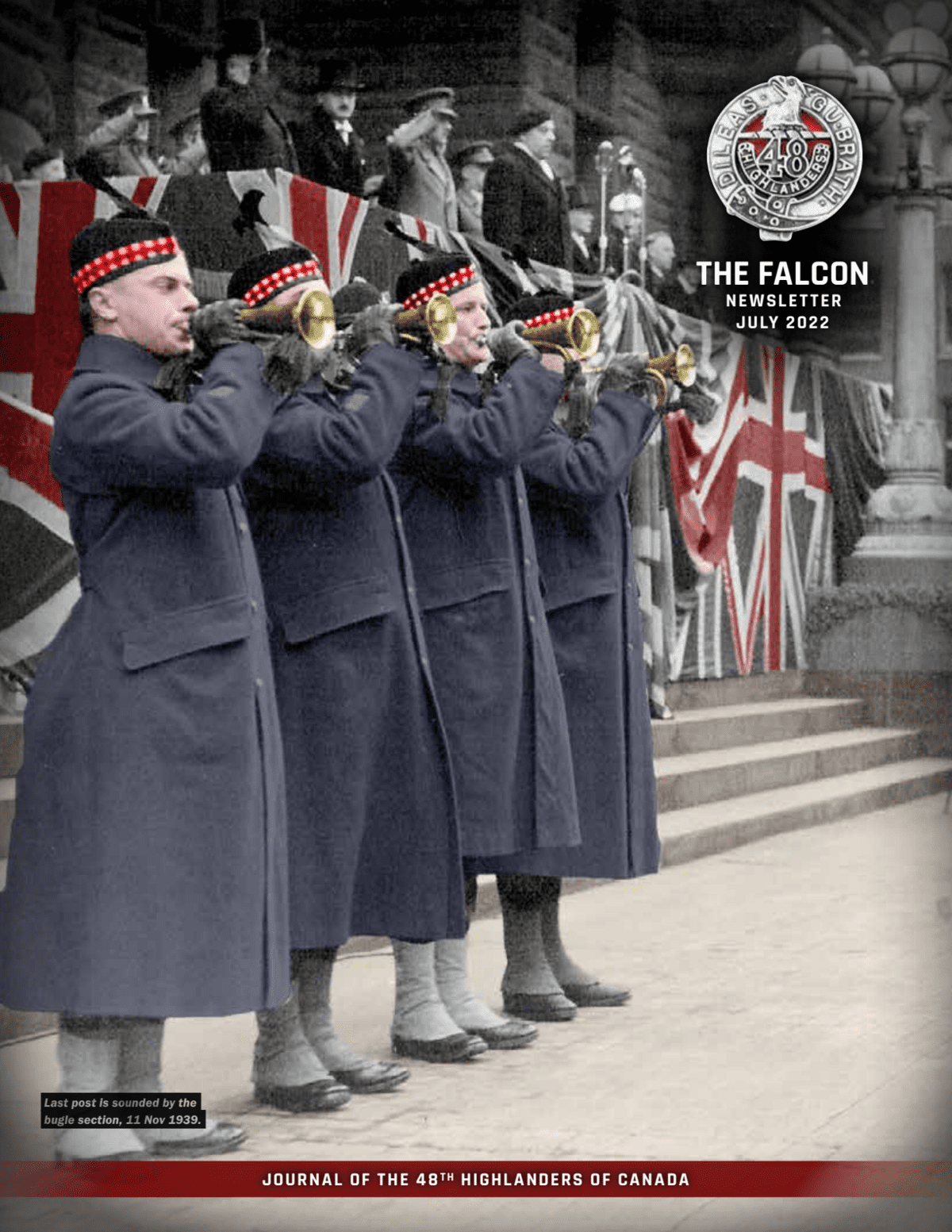 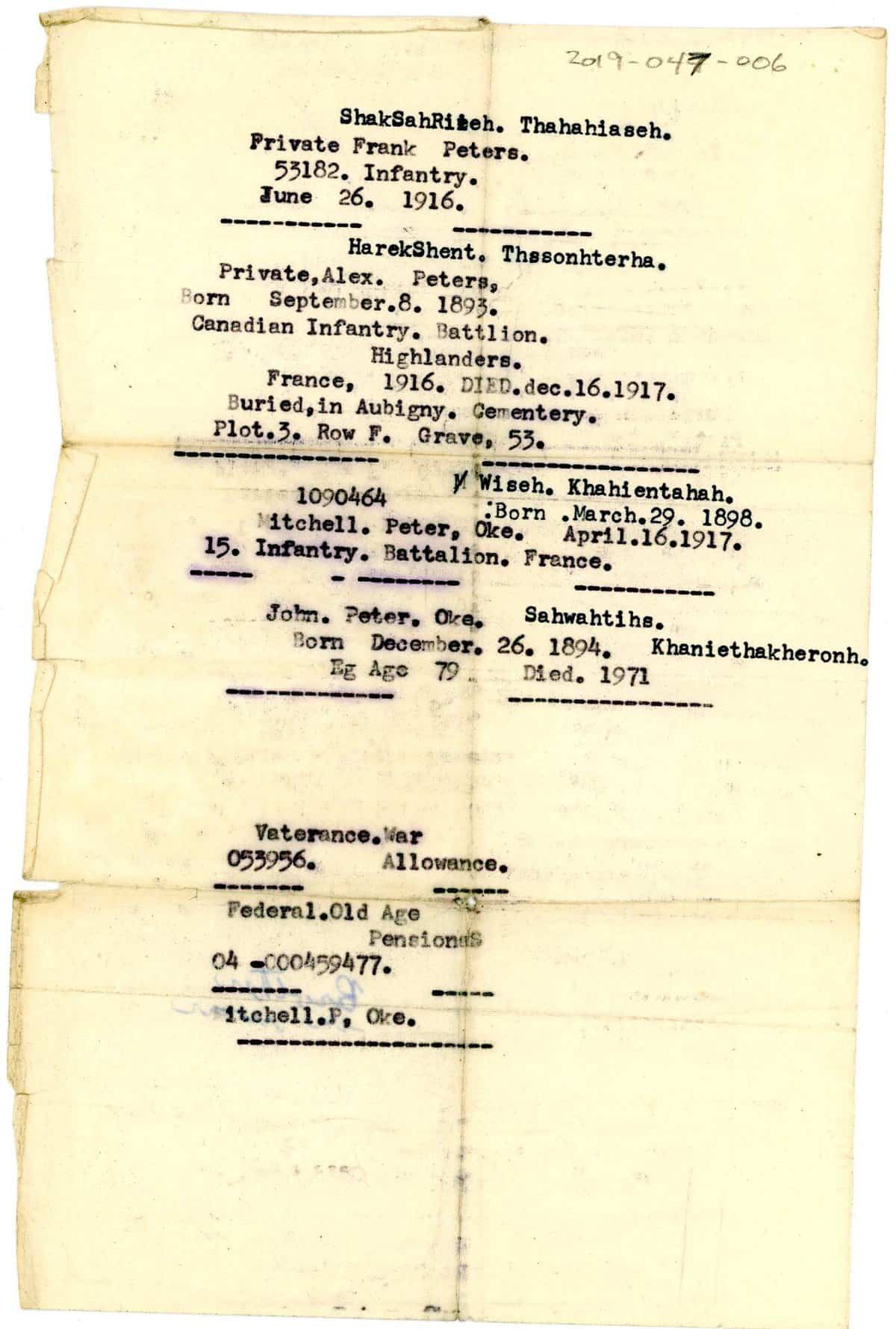