“Beaver Read and the “War Luck Tie” This tie was worn by Lieutenant Chas. E. (Beaver) Read MC of the 15th Battalion 48th Highlanders of Canada in October 1918 in the Regiment’s last major action of World War I in which Highlanders were killed or wounded. In the vicinity of Waller Wood a machine gun […] 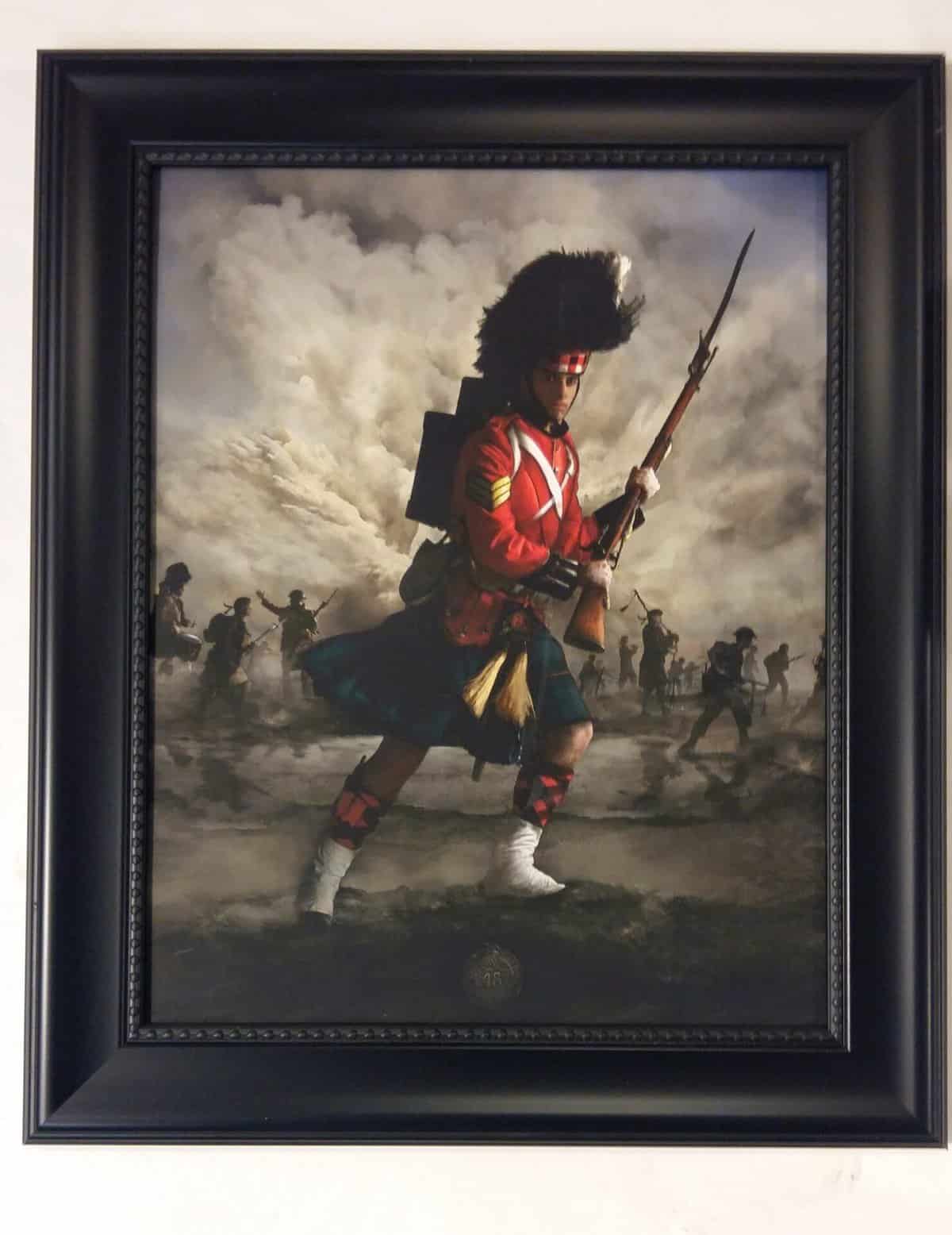 Print of a painting by Sylvia Pecota showing a 48th Highlander Sergeant in 1892 uniform with a Martini-Henry rifle.  In the Background are 48th Highlanders from WW 1 and WW2,  a piper and a drummer and a Highlander buckle badge at the bottom. Print is 13″ x 1 61/4″ and in a black wood frame […]

Dirk of Capt. and LCol Trumbull Warren – father and son 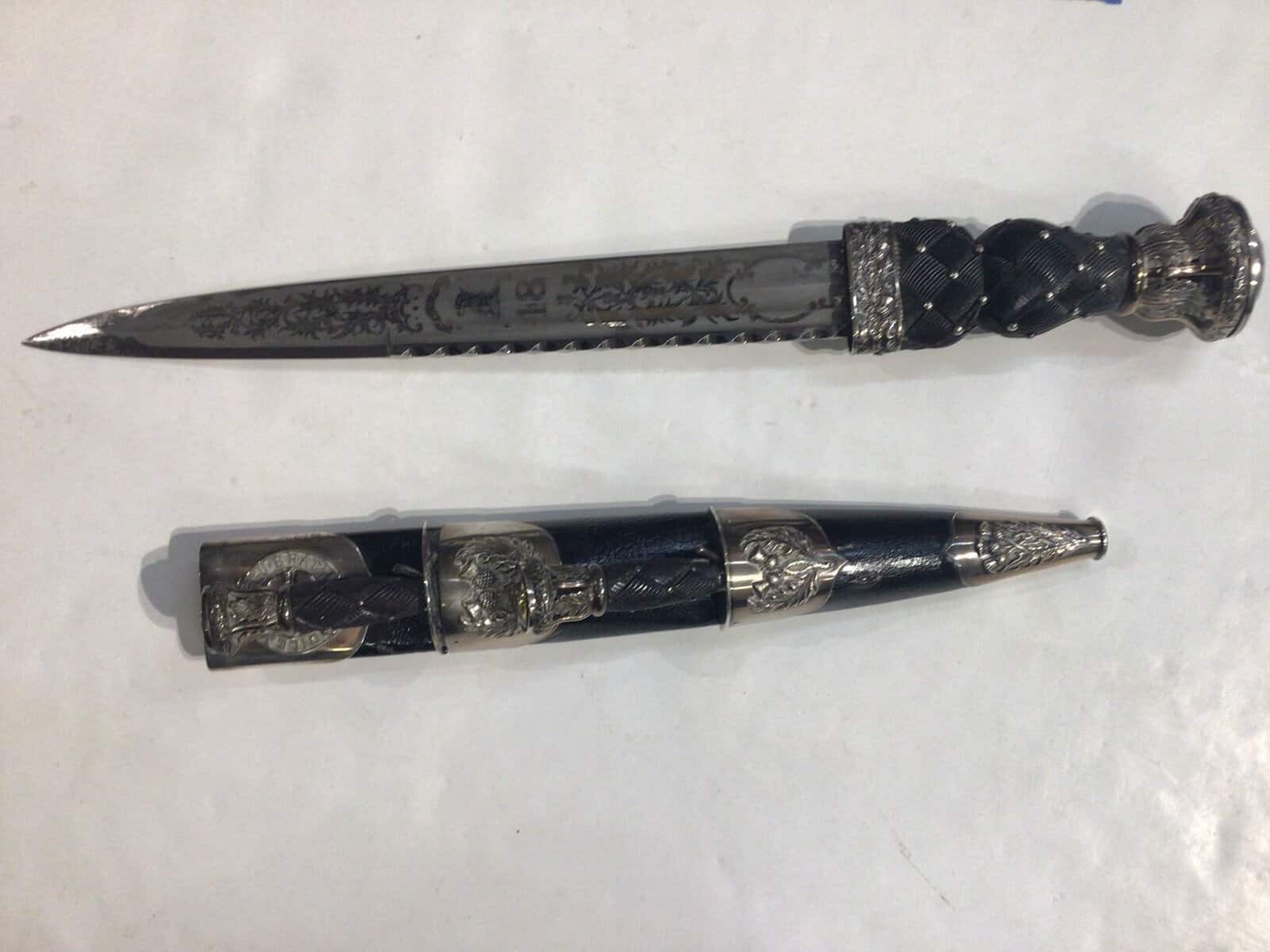 Dirk belonging to Captain Trumbull Warren and passed on to his son, LCol Trumbull Warren. The dirk, a Scottish knife, with a small fork and small knife inserted on the scabbard,  was part of a Highland officer’s dress uniform, and worn hanging from the waist belt on the right side. The dirk has a black […] 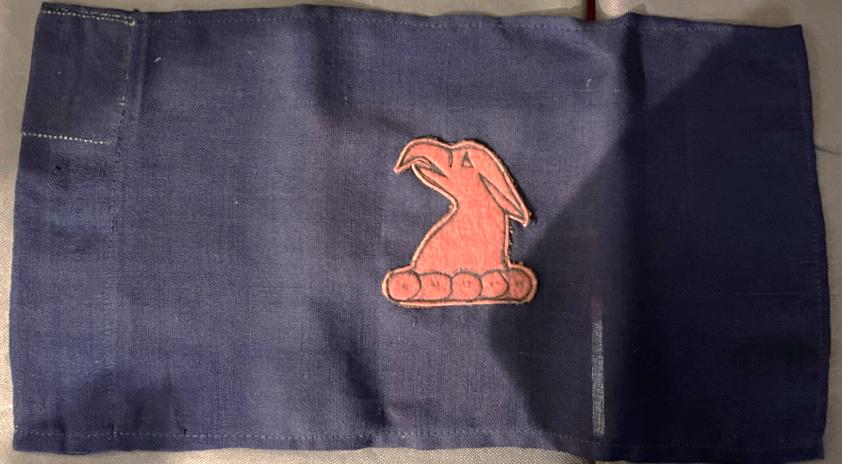 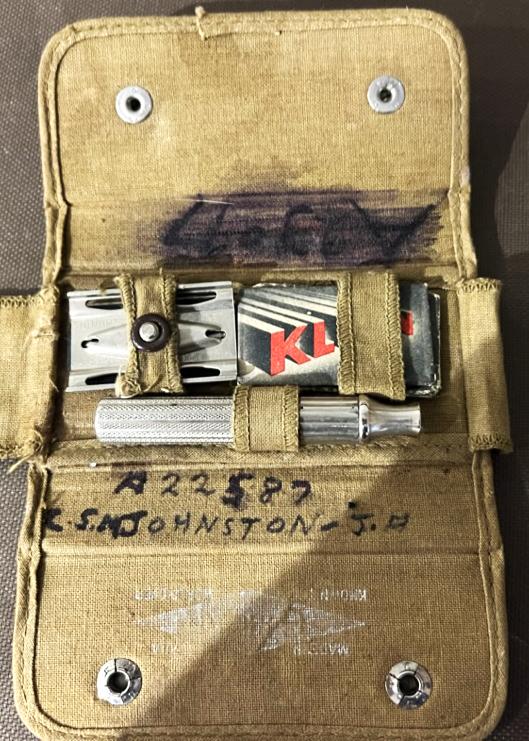 A 2 inch by 4.5 inch shave kit standard issue manufactured by Procter & Gamble under the Gillette brand. This kit belonged to A22587 CSM J.A. Johnston and he wrote his name and  service number on the inside. The kit contains a razor with the handle removed for storage and a pack of razors. 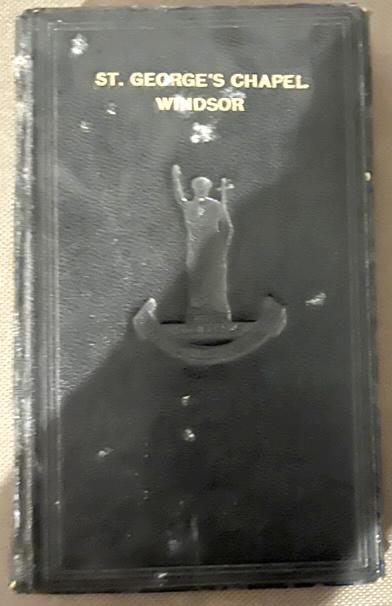 A black with red stained pages 3.5 inch by 6 inch prayer book. This Prayer book has the names 24 of the “D” Coy Platoon soldiers in ink on a page at the back of the Prayer book. It is thought this was owned by the platoon commander, or the Platoon Sergeant Major E.S. Lamb.. […] 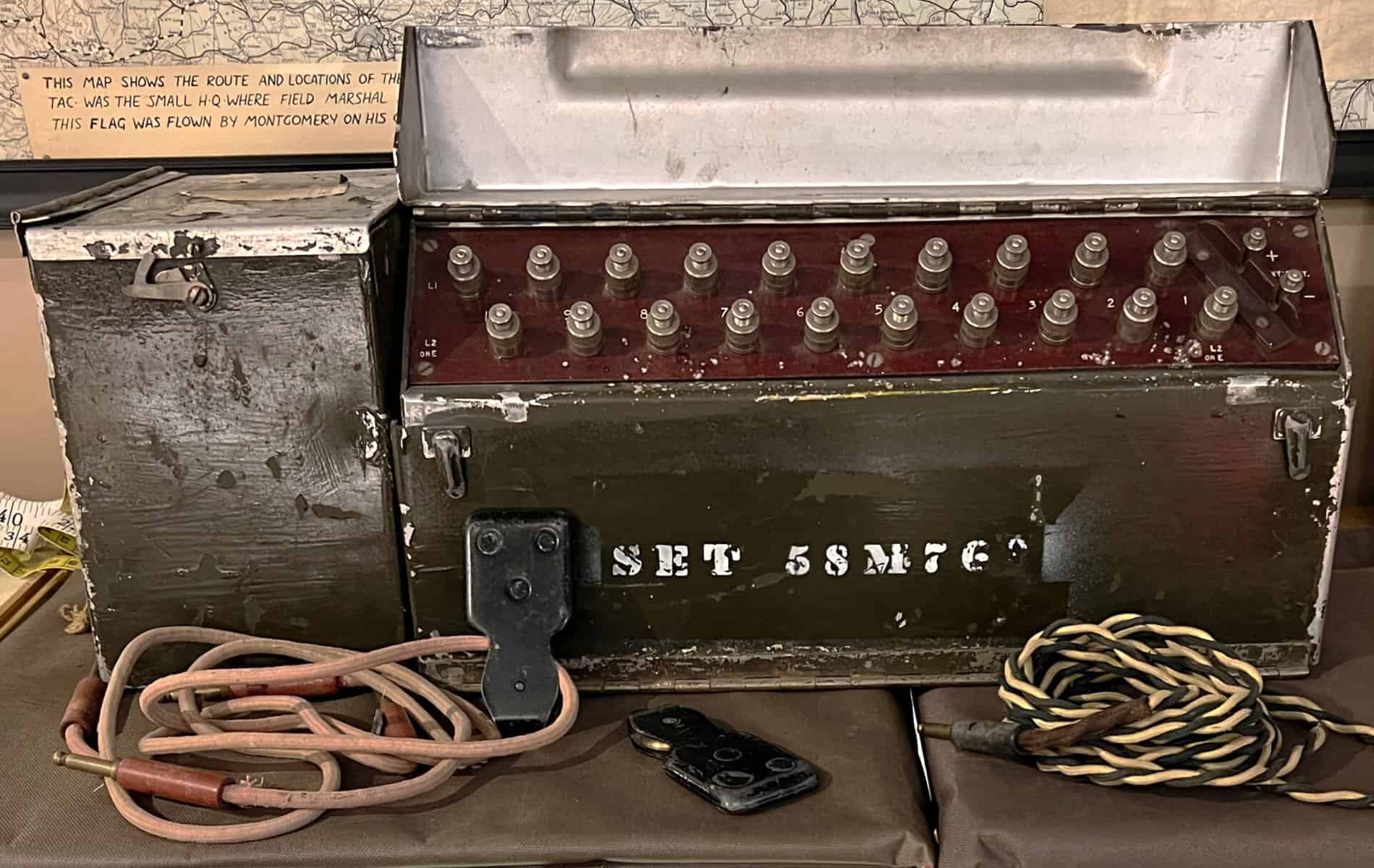 The Switchboard U.C. 10 is a 10-line Second World War era switchboard used to terminate tactical phone lines. The switchboard (U.C. standing for ‘Universal Call’) was designed for local office use or at Divisional Signals level and were used throughout the war and as late as the 1980’s in cadet corps. The unit is housed […] 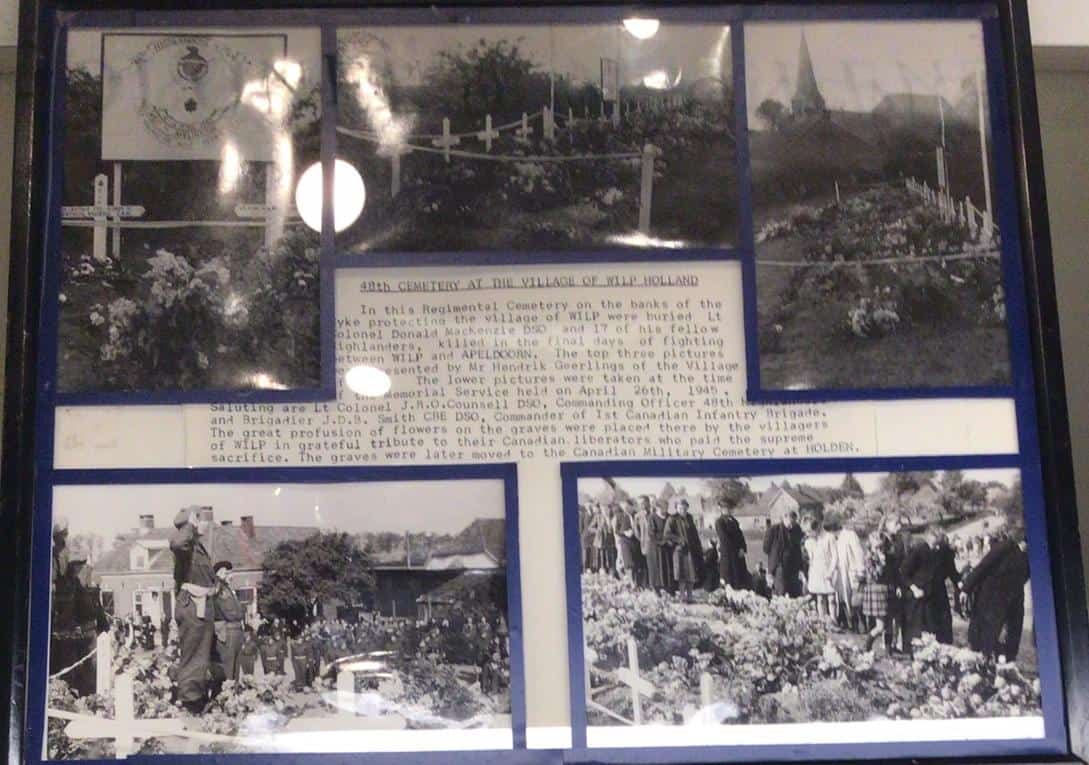 5 photos of the last Memorial Service of the war for the 48th Highlanders. In this Regimental Cemetery on the banks of the dyke protecting the village of Wilp were buried LCol Donald Mackenzie Mackenzie, DSO, Captain Harold McCutcheon, Lt. John Williams and 16 NCOs and men, killed in in the final days of fighting […] 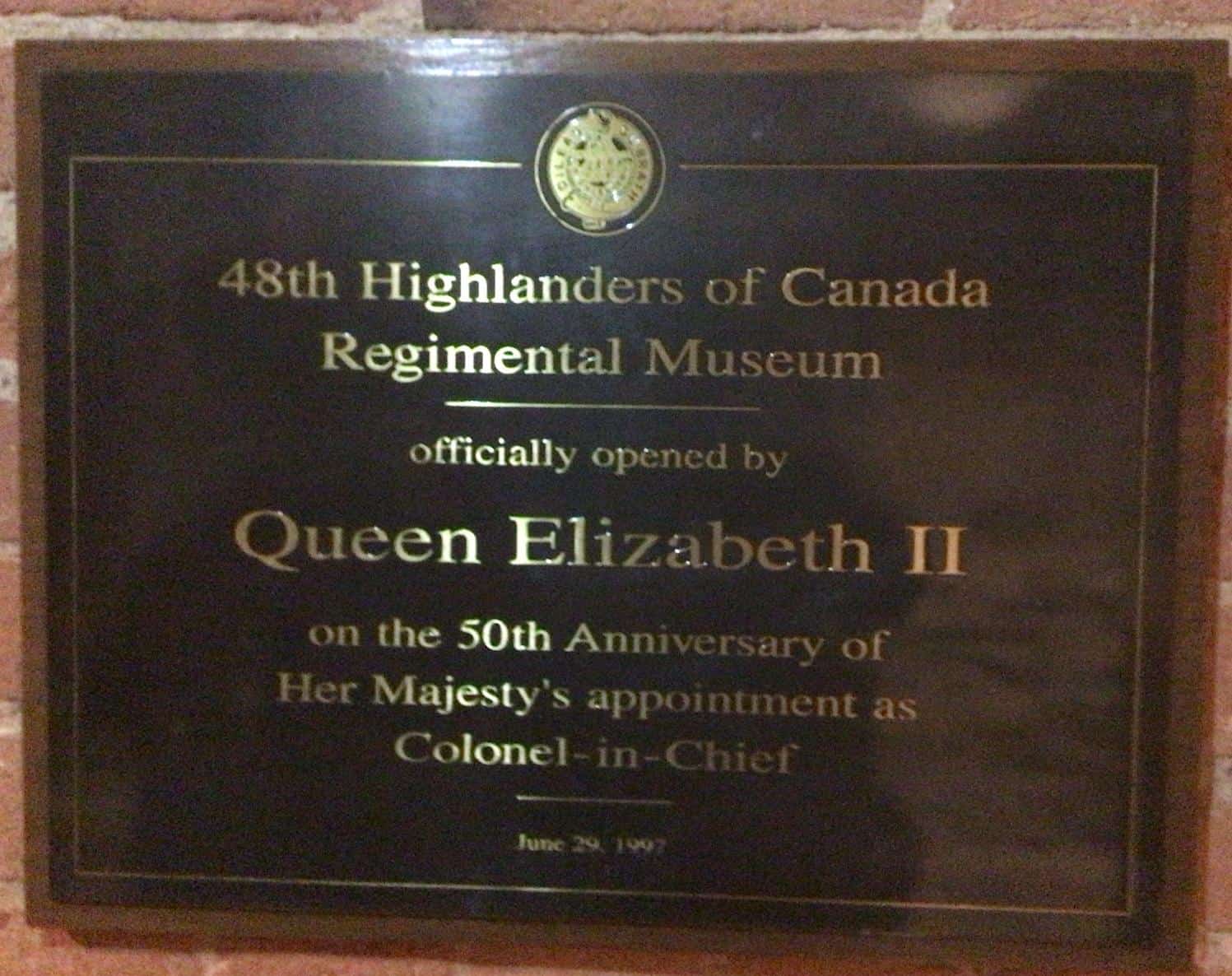 Plaque placed on the ante room wall at the entrance to the 48th Highlanders Museum in St. Andrew’s Church. Her Majesty, Queen Elizabeth II unveiled the plaque prior to a tour of the museum conducted by Major George Beal, CD, Chair of the museum. The visit by Her Majesty marked the 50th Anniversary of Her […] 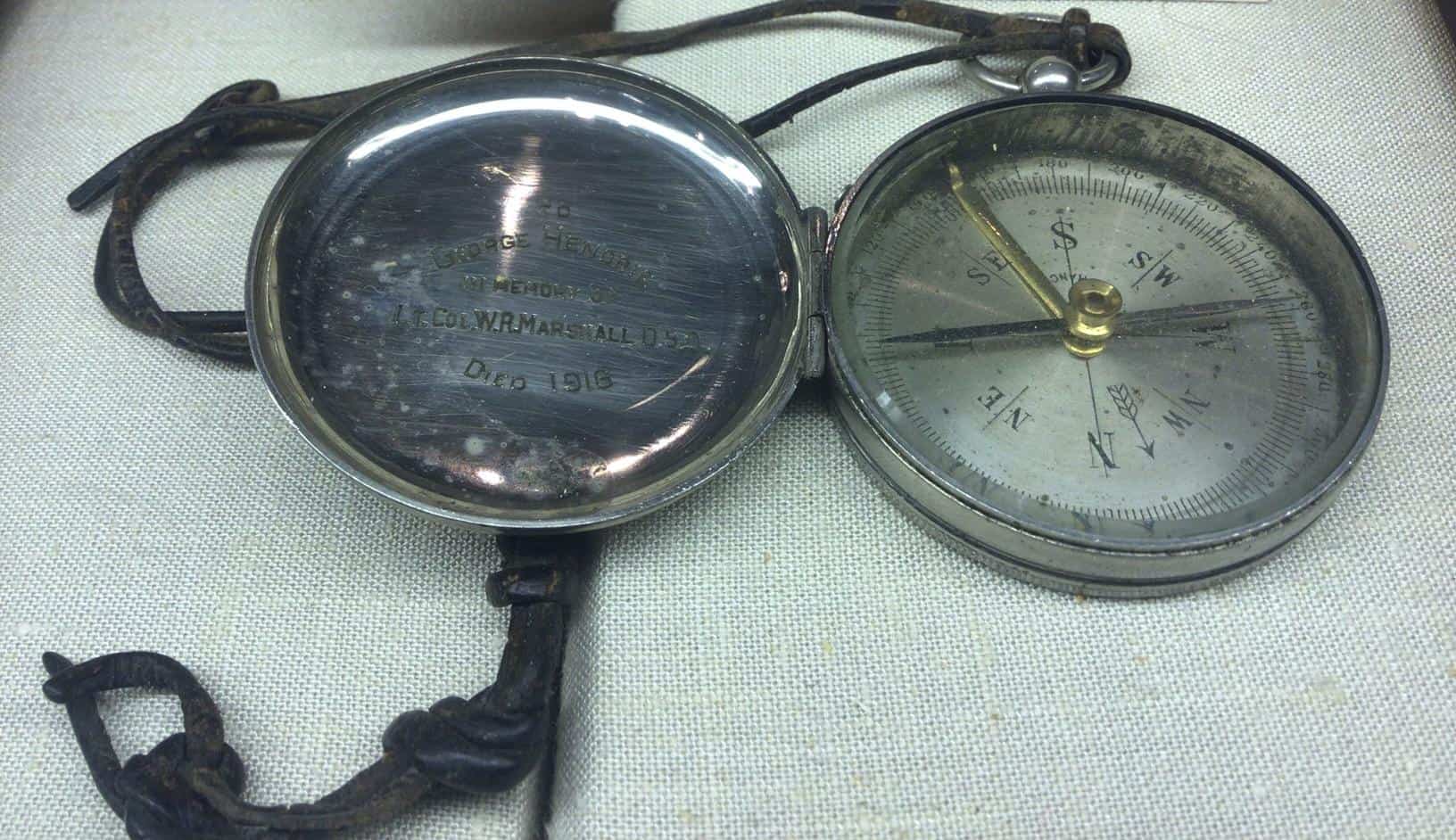 Compass in metal carried by LCol W.R. Marshall, DSO,  Commanding Officer 15th Battalion (48th Highlanders). LCol Marshall was killed in action by a sniper while traversing the forward trenches on 19 May 1916 at Ypres. The compass was engraved and given to Major George Hendrie by Mrs. Marshall. In the inside of the lid the […]