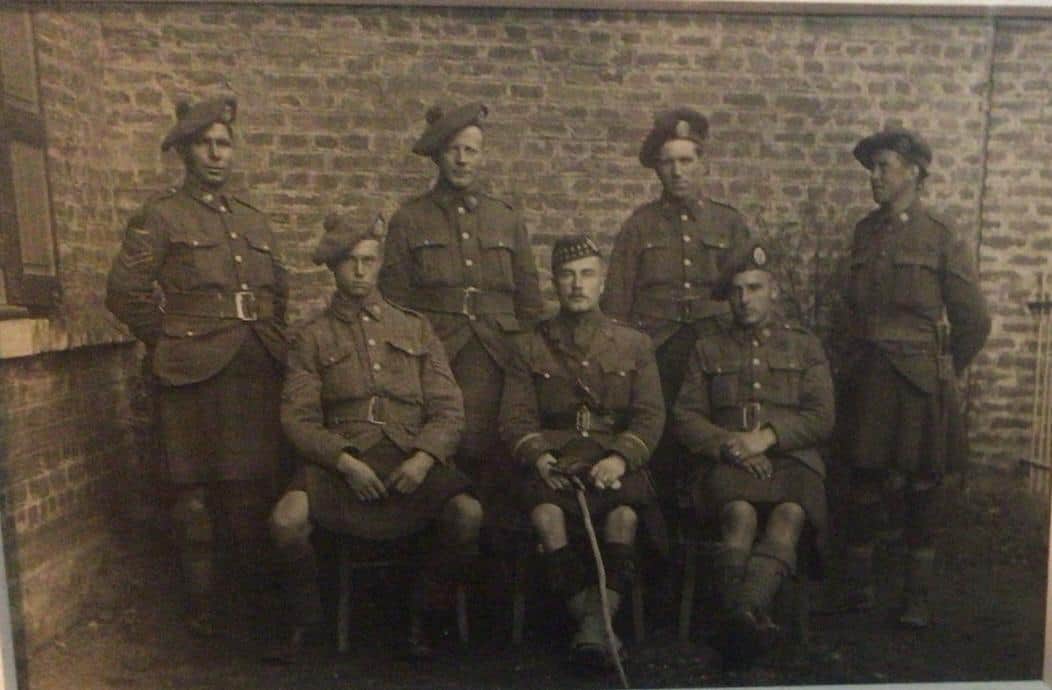 Postcard photo of the officers and NCOs of 6 Platoon, likely taken in late 1917 or early 1918. Sgt William Richard Bell is seated on the left. Bell would be awarded the Distinguished Conduct Medal at Amiens in August 1918. 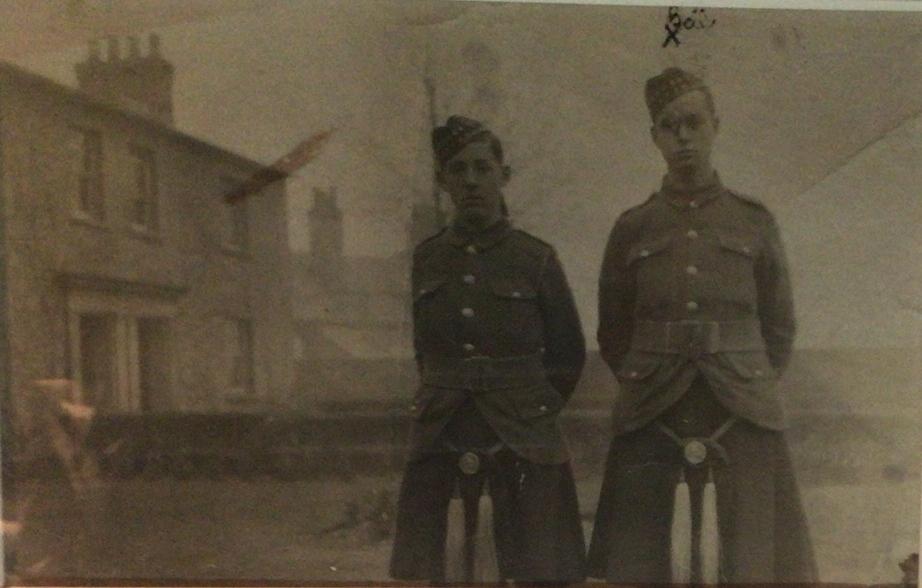 Postcard photo with Private William Richard Bell on the right with fellow private of the 15th Battalion (48th Highlanders). The photo is likely taken in 1916 as Bell does not have any rank stripes on his sleeve. He was promoted in 1917. Photo possibly taken in England while Bell was close to returning to the […] 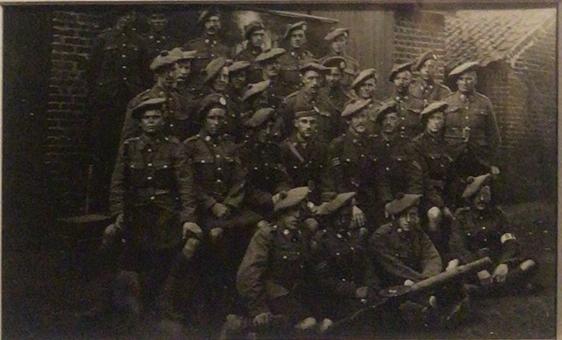 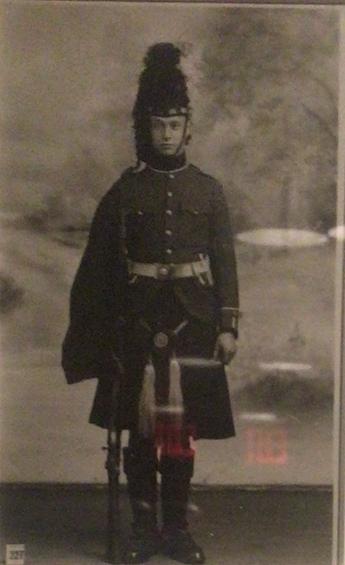 Pte Bell in full dress uniform. Photo likely taken in London in early 1915. The photo is a post card, with a black and white photo on the front. Pte Bell, a member of the 15th Battalion (48th Highlanders) was wounded three times, returning each time to the battalion. He rose to the rank of […] 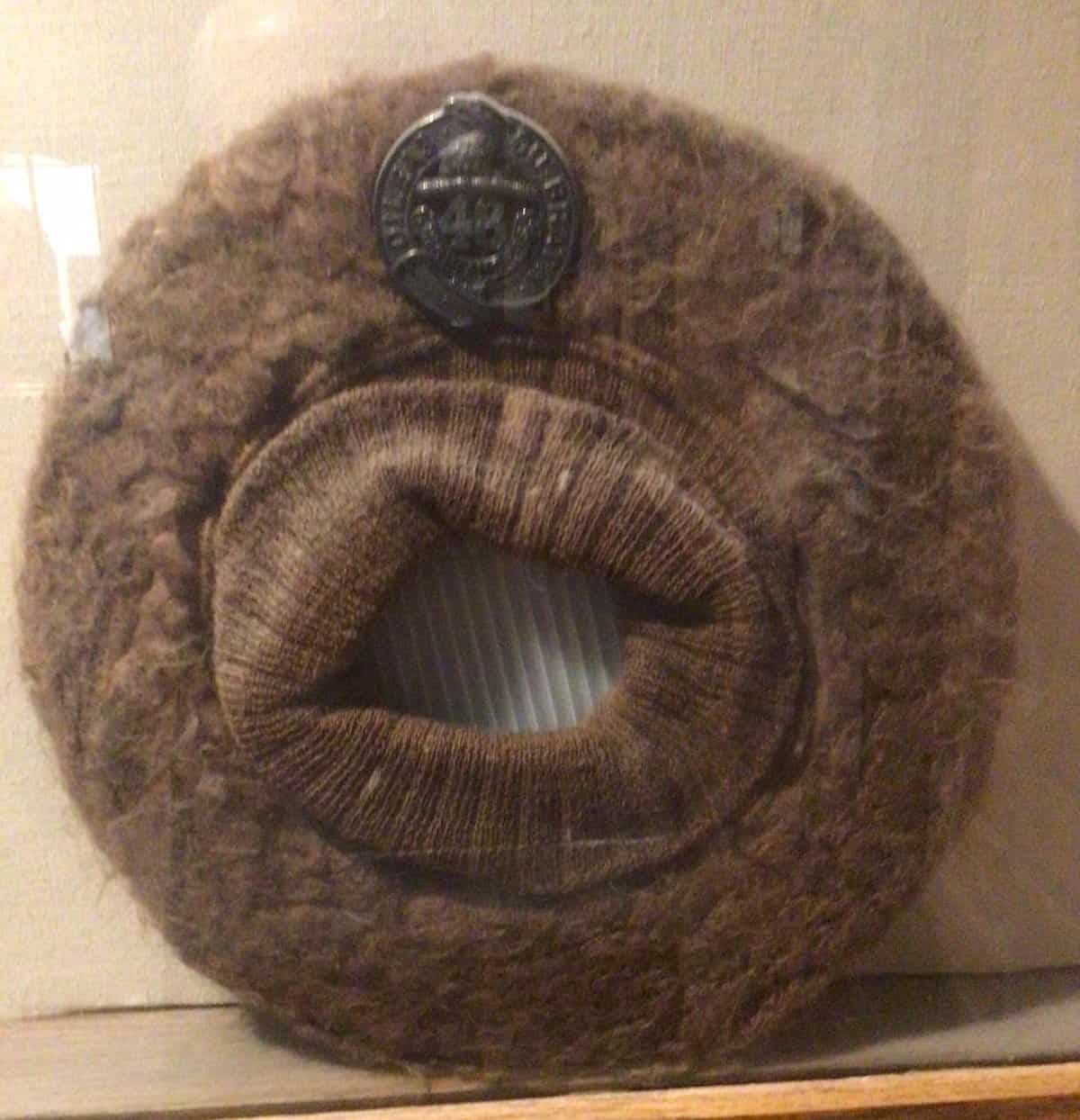 This pattern of balmoral was made in Canada from 1914 – 1916 until replaced by a British issue. The head band is hand knit and the balmoral is Fuzzy Wool. It carries the 48th Highlanders cap badge. The balmoral was issued to Pte William Richard Bell, later Lieutenant, most likely at Valcartier Quebec where the […] 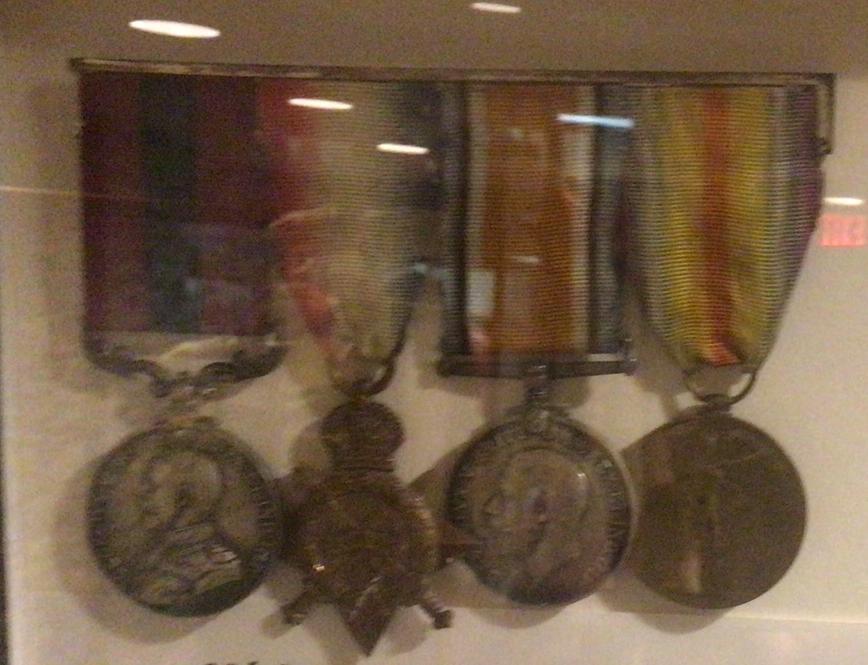 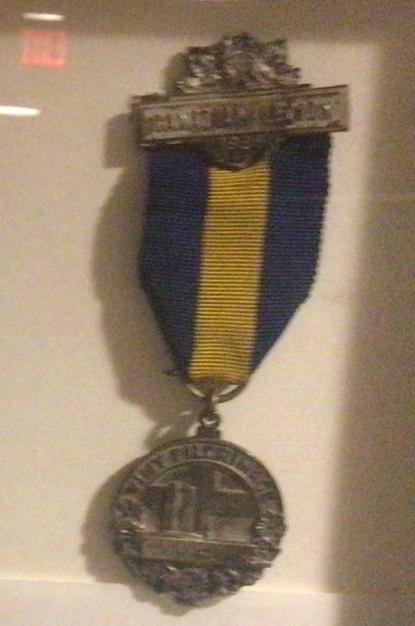 Canadian Legion Vimy Pilgrimage 1936. Ribbon stripped with blue, yellow, blue. Vimy memorial surmounted a cross under a bed of poppies. Lt. Bell was one of four 15th Battalion (48th Highlanders) veterans to attend as a member of the Guard of Honour at the Vimy Pilgrimage in 1936 to commemorate the Vimy Monument erected by […]