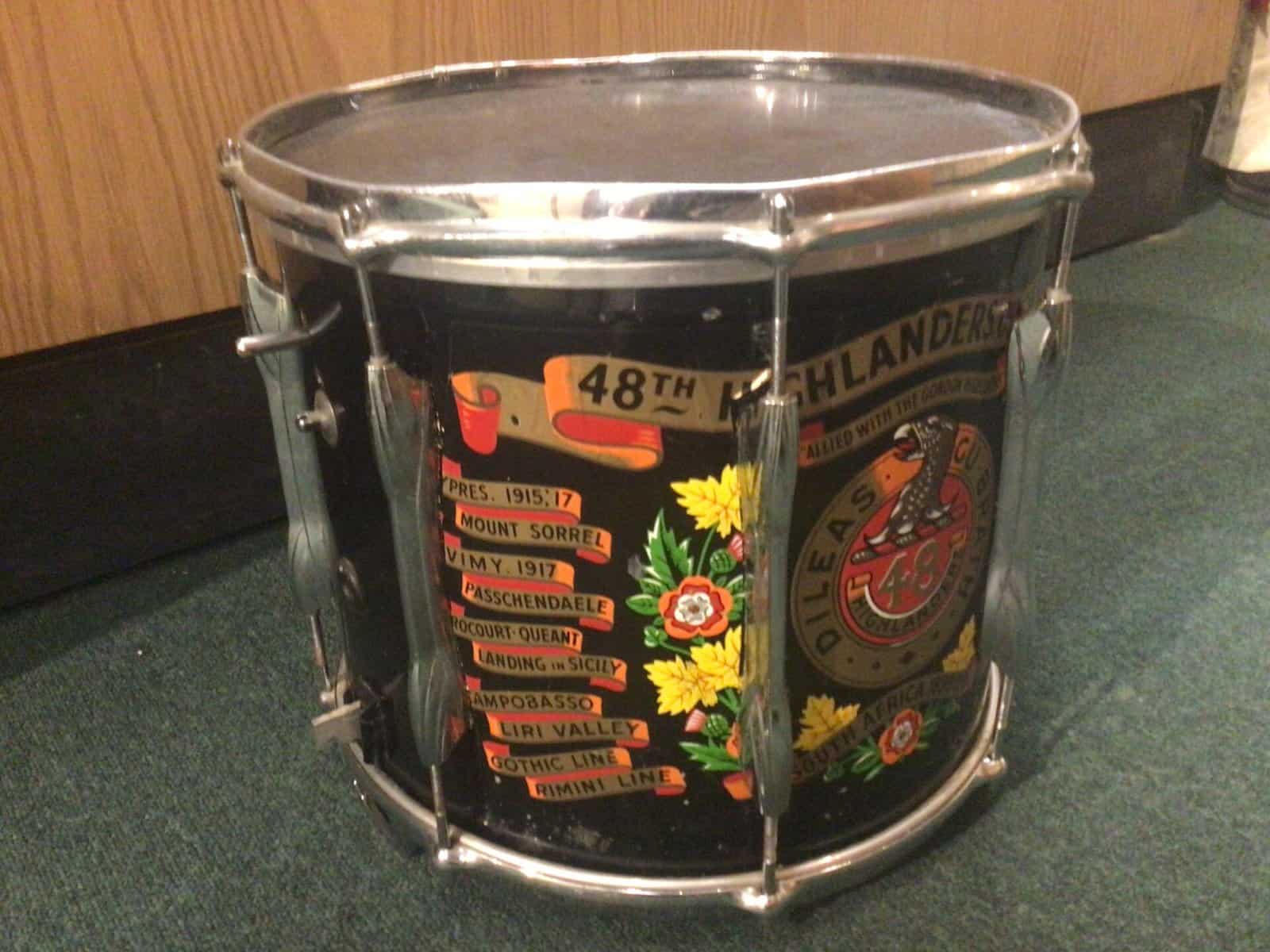 Side Drum made by the Premier drum company from 1965 to 1987 and is a rod tension drum. The model is either the Royal Scot or the Super Royal Scot. These rod drums were streamlined in appearance when compared with rope drums. The “rods” made execution of beatings much easier for drummers and the maintenance […] 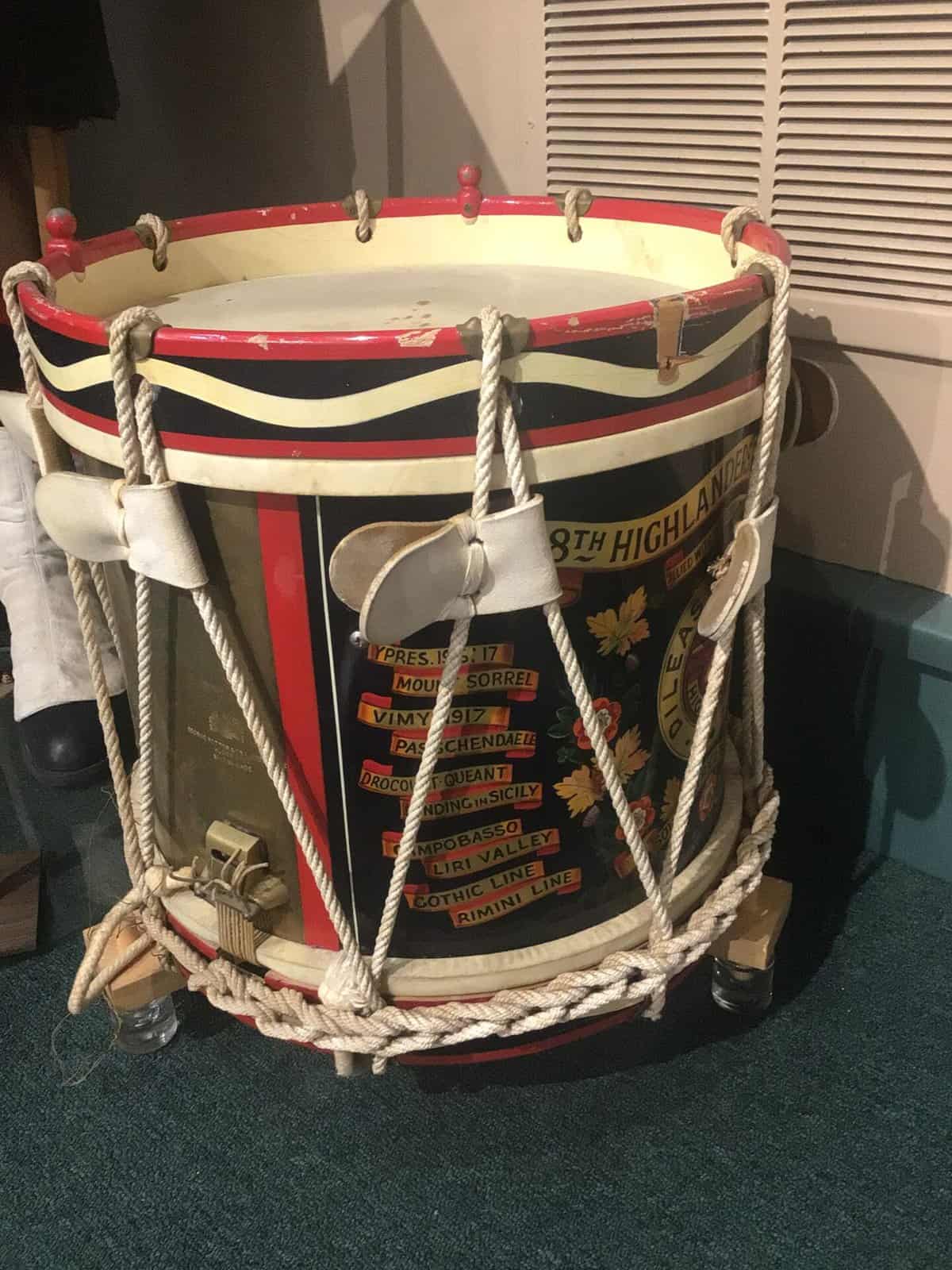 Rope Tension drum manufactured by George Potter & Co. Ltd. In the mid 1960s the Pipes and Drums received its final set of rope tension drums. This final set was emblazoned with the battle Honours of the 48th Highlanders earned in South Africa and both World Wars. This third set of snare drums introduced snares […] 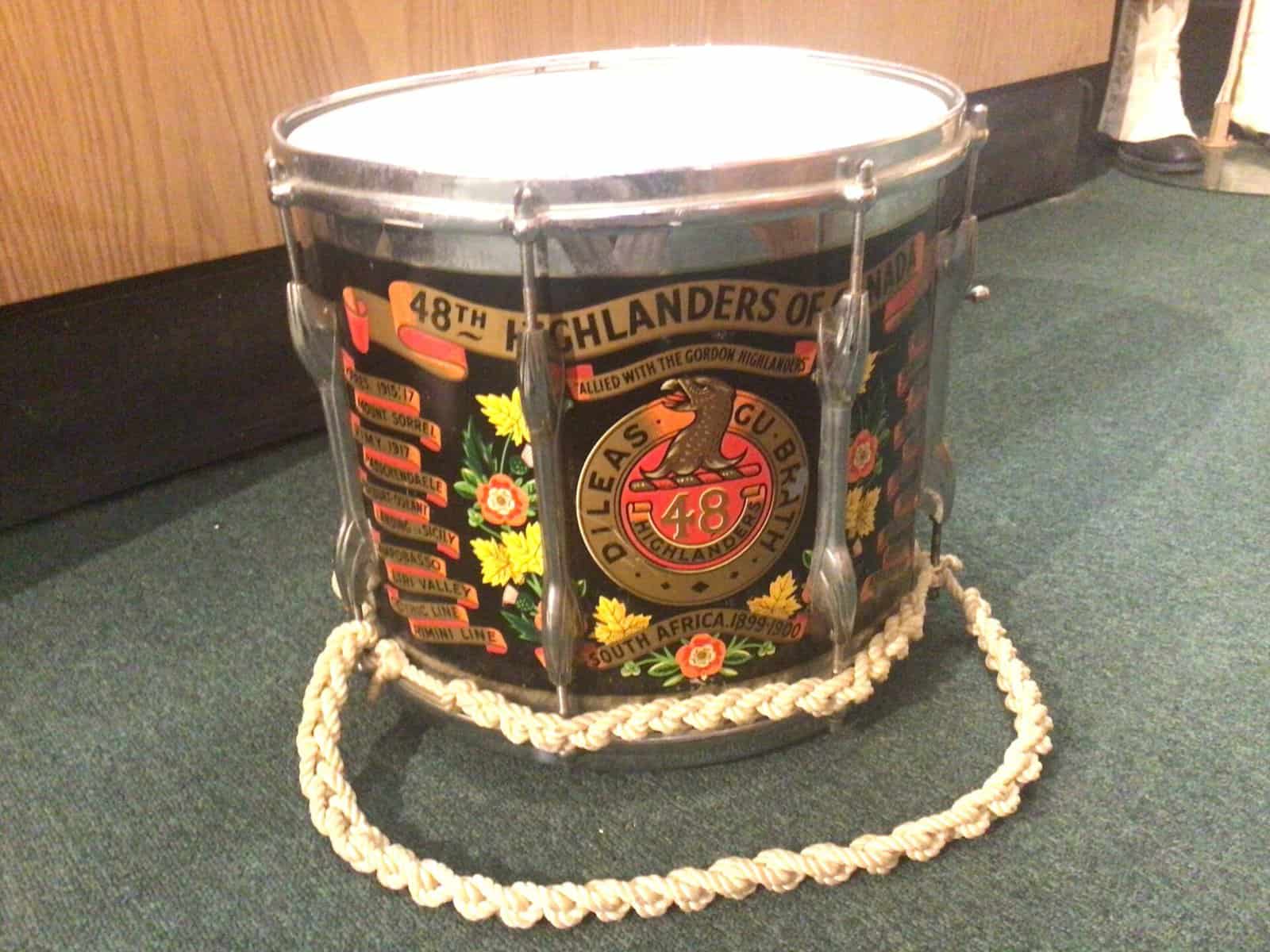 While the 48th Pipes & Drums used rod tension drums from the mid 1950s on for competition work it wasn’t until the late 1960s that this model of side drum replaced ropes with rod tension devices on parade and other occasions. Several sets of “rods” have seen service with the band over since the 50s. […]

The uniform of a Sergeant Drummer of the Pipes and Drums, or Military Band, circa 1939 – 1981. Feather bonnet – white plume – 48th buckle badge – Drummer’s scarlet doublet (tunic) with 2 epaulettes with white braiding upon which are crowns. Similar braiding around collar and down both sleeves;  Davidson tartan Kilt; black horse […]