Royal Life Saving Society of Canada Medallion; bronze 25.5mm Captain Frederick William (Wyld) Macdonald, MC, VD  joined the 48th in 1912 at age 21. He went overseas with the 15th Battalion (48th Highlanders) in 1914 and was captured at 2nd Ypres on 22 April 1915 during the first chlorine gas attack of the war. He […] 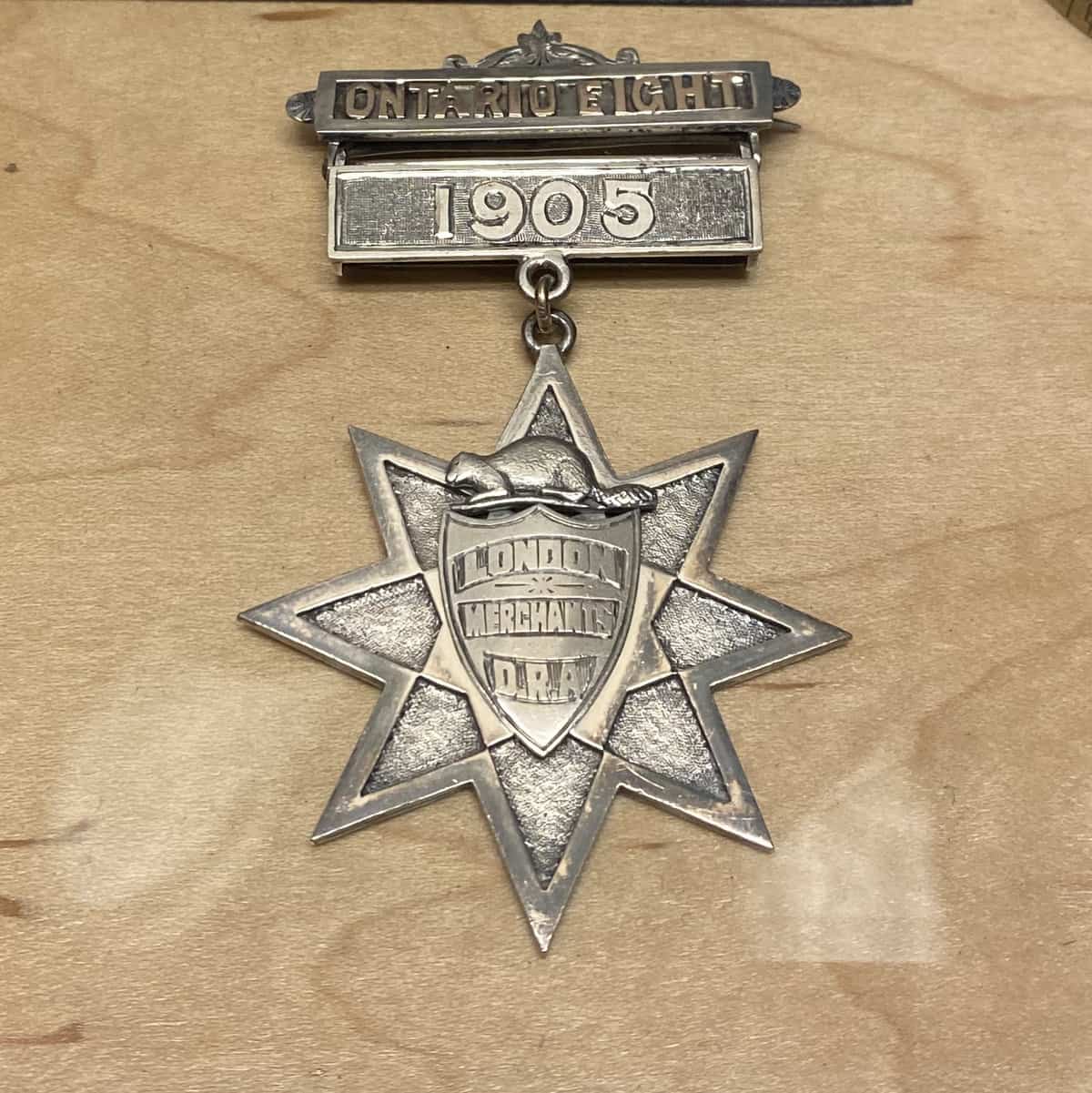 Bisley Medal Ontario Eight 1905 Medal won by Henry Kerr at the Bisley Competition (shooting) for the British Empire countries. Passed on by granddaughter (Mary Kerr). He died in 1930s. He is buried in the 48th gravesites at Mt. Pleasant Cemetery

Wooden Mandolin with 8 strings. Body is tear shaped with an oval whole and flat sloped bridge, 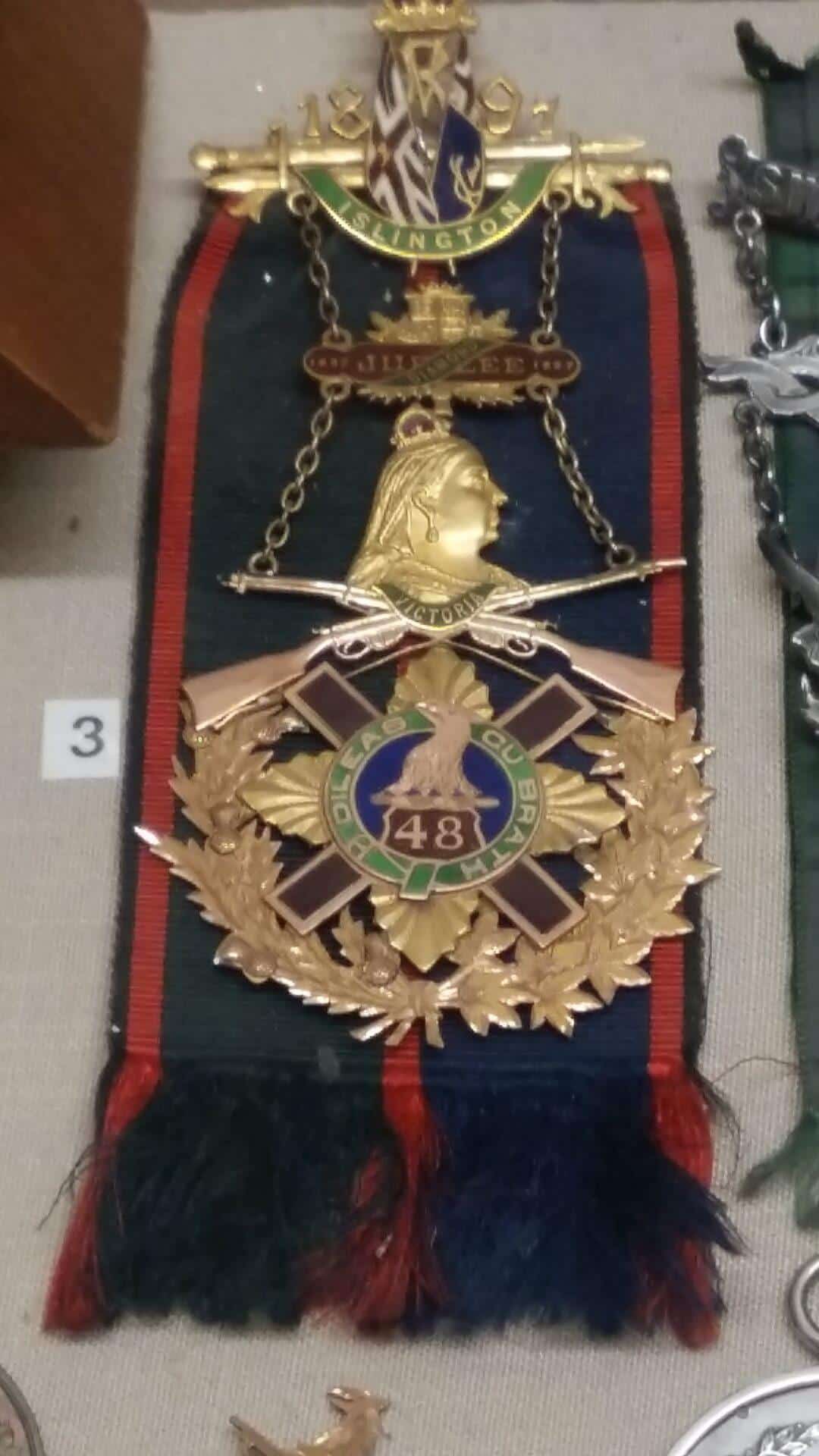 The top of the medal is a brooch pin with the Crown and Cipher flanked by the Regiment’s Colours worked in white, red and blue enamel and 1897. Below this are two horizontal bayonets and a green banner with the word ISLINGTON. Hanging from two chains below is the Dominion Shield flanked by maple leafs […] 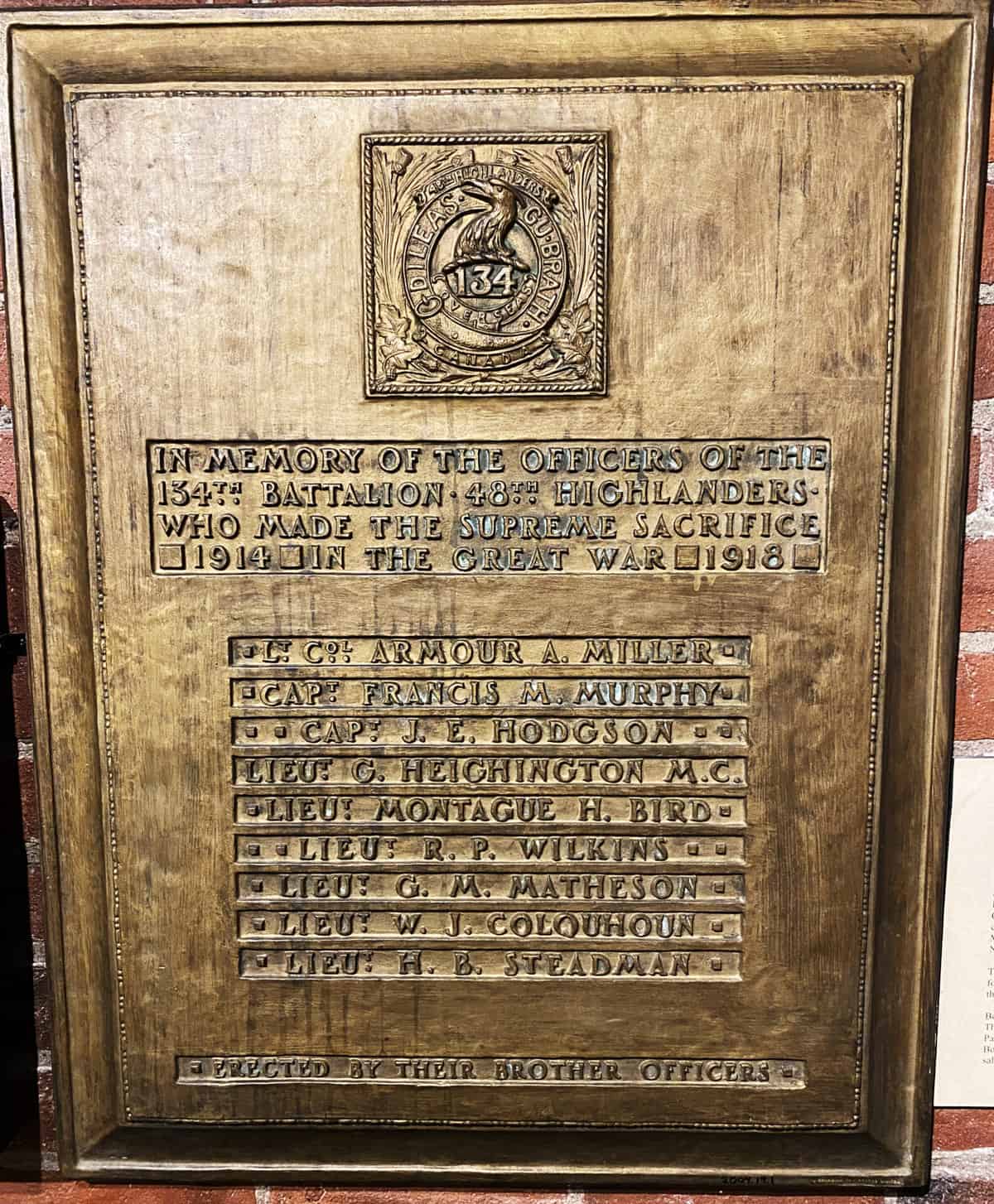 Rectangular bronze tablet with raised frame like edge. On the Top is a 134th Bn cap badge surrounded by thistles and maples leaves and framed in a knotted square. Below are the words “IN MEMORY OF THE OFFICERS OF THE 134TH BATTALION * 48TH HIGHLANDERS * WHO MADE THE SUPREME SACRIFICE * 1914* IN THE […]